You are here: Home / HBCUs / Top 5 HBCU Football Classics Ranked By Attendance In 2017 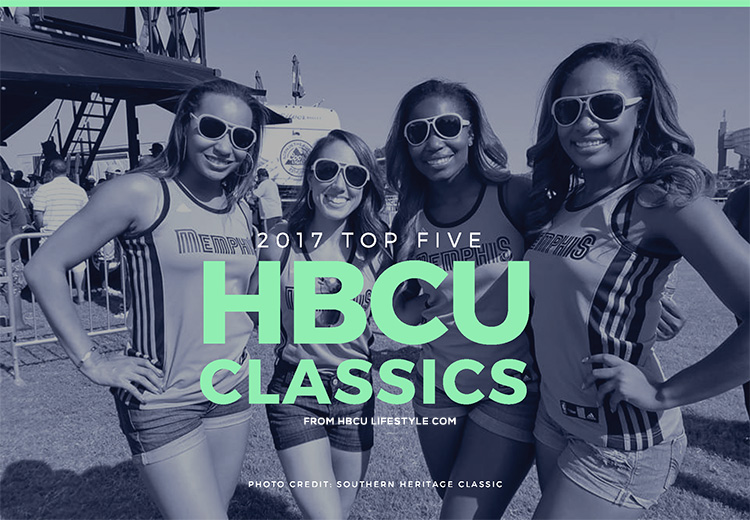 Every fall, thousands of college football fans travel across the country to support their favorite HBCU teams. A record number of football fans attended HBCU Classics this year, and five HBCU Football Classics made our list based on attendance in 2017. Whether you’re interested in the marching bands, dance teams, or contentious football games that set HBCU Classics apart from regular season games, these stats will show you why black college football is one of the most popular sports at historically black colleges and universities.

Fun fact: In 1997, the Southern Heritage Classic had a record attendance of 61,171 fans at the Liberty Bowl Memorial Stadium in Memphis, TN.


The Magic City Classic earned the #2 spot on our list of the top 5 HBCU football classics in 2017. The Alabama State University Hornets beat the Bulldogs as more than 60,000 football fans watched from the stands.

Fun fact: Alabama State University and Alabama A&M have competed in the Magic City Classic every year since 1945.

Related Post – Podcast 44: Allow Me to Reintroduce You to HBCUs

More than 60,000 football fans came to the Mercedes-Benz Superdome to watch the Tigers beat the Jaguars at the 44th Annual Bayou Classic. Grambling State University was in danger of losing the game, but Martez Carter’s 11-yard touchdown led to their game-winning comeback in the fourth quarter.

Fun fact: The Bayou Classic (which is also known as the “Black Super Bowl”) has been nationally televised since 1991.

Jessica Fraser used to dream of becoming a journalist, and when she studied communication in college she realized that her passion for writing could become her career. As a full time freelance writer, Jessica enjoys helping other teenagers, college students, and young adults pursue their passions and follow their dreams.