You are here: Home / HBCUs / Spelman College Receives a $5 Million Donation for Scholarships 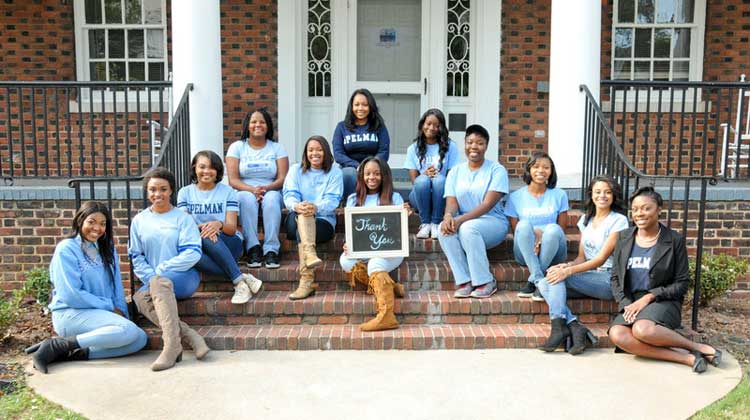 Spelman College is excited to announce a $5 million gift from Seth and Beth Klarman of Boston. The gift will fund scholarships for current and incoming Spelman students. Spelman is a leading liberal arts college dedicated to academic excellence and the education of Black women through intellectual, creative, ethical and leadership development. The Klarmans’ $5 million gift will extend opportunities to more Spelman scholars to become models of academic excellence and agents for positive change in the world.

Related Post – Fulbright Students: Spelman Among the Top Producers in the Nation

Seth Klarman remarked, “Spelman is an exceptional institution with amazing students! We hope our support of scholarships at Spelman will ensure that no young woman will have to leave Spelman prematurely for financial reasons and that scores of others will receive the financial support they need to attend.”

In prior funding between 2014 and 2017, the Klarmans have supported scholarships for 321 Spelman students across a range of academic disciplines. Klarman scholars have participated in STEM undergraduate research programs and study abroad in cities such as Florence, Italy, and Marrakesh, Morocco, developed a foreign language learning video game, and pursued careers including forensic psychology, law, pediatric neuroscience, data science and journalism.

“Seth and Beth are committed supporters of medical research, higher education and those experiencing the greatest need in and around Boston,” said Spelman President Mary Schmidt Campbell, Ph.D. “Their generous contributions to Spelman have enabled countless students to thrive as they persist to graduation, unencumbered by financial barriers to success. Multiple cohorts of academically talented, socially engaged students will graduate from Spelman having benefitted from Klarman support and the College’s innovative curricular and co-curricular experiences.”

“Receiving this scholarship has been one of the biggest blessings of my life,” said Mya Edwards, C’2019, an honors program student majoring in mathematics and minoring computer science, who has held internships with the United States Department of Homeland Security and the NASA Glenn Research Center. “My academic endeavors have provided me with the opportunity to delve into the vast worlds of math and technology. My instructors have been very intentional about connecting classroom instruction to real world problems and scenarios.”

“Through my unique experiences inside and outside of the classroom, I have been able to find my niche and learn how I can utilize my interest to be of service to my campus and community,” added Edwards, who has co-authored published research while at Spelman and plans a career as a chief information officer after obtaining her M.B.A. “I would not be able to confidently identify my interest and or have the courage to pursue my goals without the support of my academic professors, family members and the Klarmans’ generous donations to my college expenses.”

About The Klarmans
Seth Klarman is CEO of the investment management firm, The Baupost Group, and the author of “Margin of Safety” (1991), an investment treatise considered by many to be a seminal work in the field of finance. Beth Klarman is president of The Klarman Family Foundation.