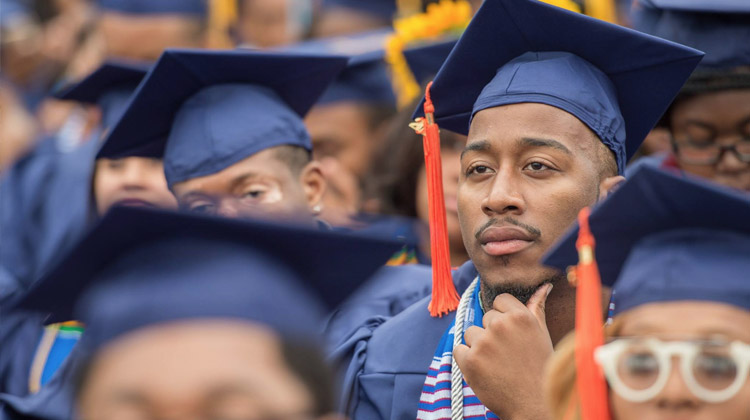 “It is an extraordinary honor and privilege for the Howard University community to welcome President Barack H. Obama to our campus to deliver the 2016 commencement address,” said Howard University President, Dr. Wayne A. I. Frederick. “The President’s commitment to education, especially for those who can least afford it, dovetails with Howard’s commitment to provide these same students with a rigorous, intellectually-stimulating, and academically-challenging educational experience. As we look into the not so distant future, Howard will commemorate its 150th Anniversary in March 2017, emboldened by a legacy of addressing disparities that are inextricably intertwined with this nation’s legacy of equality and inclusivity. President Obama’s own legacy gives the Howard Community great expectations for the leadership footprint it will leave on America and the globe,” added Frederick.

President Obama is the sixth sitting U.S. President to deliver the keynote address at a Howard University commencement. Other distinguished leaders who will join the president in receiving honorary degrees this year include L.D. Britt, M.D., MPH; Ambassador Horace Greeley Dawson Jr.; and Ms. Cicely Tyson.

“The Howard University community offers its congratulations to all of the honorary degree recipients, who honor us with their acceptance of the awards. We are extremely pleased that President Obama has accepted our invitation to receive the honorary Doctor of Laws degree and address the class of 2016. His will be compelling words of encouragement for our students as they move forward with their commitment to truth and service,” said Stacey J. Mobley, Esq., Chairman of the Howard University Board of Trustees. “President Obama’s world leader insights and his commitment to justice, equality, and inclusivity will make this year’s commencement ceremony historic and uniquely special for everyone who has contributed to Howard University’s legacy.”

On commencement day, Howard University will award more than 1,300 Bachelor’s Degrees, more than 300 Master’s Degrees, and more than 100 Ph.Ds, with the top five areas of concentration in Psychology, History, Political Science, Social Work, and Mathematics. Additionally, more than 400 students will receive professional degrees in Law, Medicine, Pharmacy and Dentistry. Howard University has the only Dental and Pharmacy colleges in the District of Columbia.

In 2015, the Princeton Review ranked Howard University School of Business #1 for the “Greatest Opportunity for Minorities” and #5 for “Most Competitive Students.” In the same year, Bloomberg BusinessWeek ranked the Business School 50 out of the top 177 MBA programs in the country. The Howard Law School was ranked by the National Law Journal among the top 50 law schools for students who accepted positions with the largest 250 law firms. The Law School also was ranked by the National Jurist among the top 20 law schools in the country for placing students in public interest jobs. As a further testament to its public service commitment, Howard is ranked by the Peace Corps as the top volunteer-producing HBCU (historically black colleges and universities).

Founded in 1867, Howard University is a private, research university that is comprised of 13 schools and colleges. Students pursue studies in more than 120 areas leading to undergraduate, graduate and professional degrees. Since 1998, the University has produced two Rhodes Scholars, three Truman Scholars, two Marshall Scholars, 30 Fulbright Scholars and 11 Pickering Fellows. Howard also produces more on campus African-American Ph.D. recipients than any other university in the United States. For more information on Howard University, call 202-238-2330, or visit the University’s Web site at http://www.howard.edu