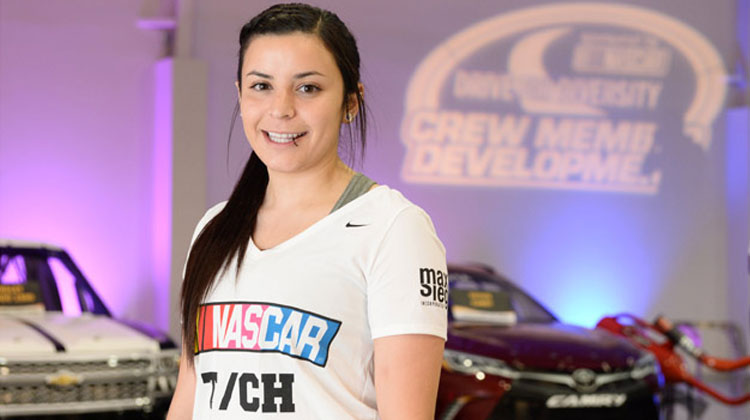 When Alcorn State University alumna Breanna O’Leary saw an opportunity to tryout for a NASCAR pit crew position, she couldn’t pass up the chance.

“The opportunity to do something new and exciting is what drove me to pursue a career in NASCAR,” said O’Leary, a former softball player at Alcorn. “This will challenge me and allow me to be competitive.”

Male and female athletes of different races who played football, basketball, and softball at the college level will learn the ins and outs of being on a pit crew from some of NASCAR’s most experienced pit crew members.

Growing up, earning a position in NASCAR wasn’t on O’Leary’s radar of career opportunities. Now that she’s gotten a taste of the industry, she’s excited to make her mark as one of the only females in the business.

“I’m really excited to join the pit crew program. This is an experience that I never would have guessed would present itself to me.”

O’Leary is ready to embrace the challenges that come with her new position.

“I’m aware that NASCAR is a male dominated sport. I’m prepared if I’m not taken as seriously because of my gender, but I’m also prepared to prove the naysayers wrong. Another challenge will be learning more about the sport and cars in general. I didn’t grow up with much knowledge about either, so I’m looking forward to learning more while being a pit crew member.”

Phil Horton, director of Athletic Performance for Rev Racing, said the determining factor in O’Leary’s selection was her ability to work hard in a tough environment.

Making a mark as a stand out pit crew member in NASCAR is the goal that O’Leary is aiming for.

“I know that it’s going to be hard work, but I’m ready to put in the time, effort and consistency that would lead to a successful career. I’m really eager to learn what it takes to play a role in a successful pit crew.”