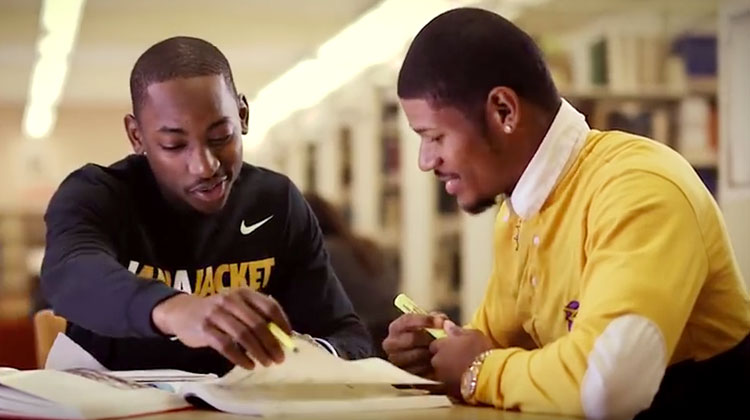 WVSU’s “Find Your Passion” 30-second commercial won a silver award in the Television Single category, while its “Be One of Us” campaign received a merit award in the Television Series category. This is the second national award for the latter. In June 2016, “Be One of Us” received a bronze Telly award from the 37th Annual Telly Awards in the local television and local cable, schools/colleges/universities category.

Each commercial features the University’s students, faculty, and staff, and provides a glimpse into the living and learning environment at WVSU.

“For the past four years, following the debut of our annual commercial, I have been asked by so many members of the Yellow Jacket Nation, ‘How are you going to top this commercial next year?,’ said Kimberly Osborne, WVSU Vice President for University Relations and Operations. “My response is always the same: the high-quality productions are so moving, invigorating and engaging because of the world-class education West Virginia State University faculty provide, and because our students share how they truly feel about State as well as the unique opportunities they enjoy as members of the Yellow Jacket Nation. These awards are truly a reflection of the University and hundreds of proud Yellow Jackets.”

The Educational Advertising Awards is the largest and oldest educational advertising awards competition in the country. This year, over 2,250 entries were received from more than 1,000 colleges, universities and secondary schools from all 50 states and several foreign countries.

Judges for the award consisted of a national panel of higher education marketers, advertising creative directors, marketing and advertising professionals and the editorial board of Higher Education Marketing Report.