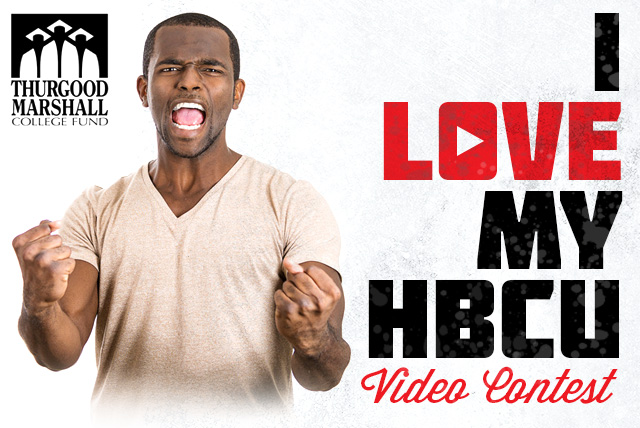 The national “I Love My HBCU” Month is an annual month-long celebration of Historically Black Colleges and Universities (HBCUs). TMCF launched the new nationwide awareness campaign earlier this month to honor and promote the value of HBCUs and pride of HBCU students, faculty, and alumni. In 2012, TMCF began the process of formally establishing the month of March each year as a period to increase awareness and appreciation of HBCUs in the United States and to unite HBCU communities nationwide with the pride and life-long connections. As the campaign began to take shape, HBCU Lifestyle Co-Founder, Garrick Gibson was first to step-up and get involved.

“It was a no-brainer,” said Gibson.

“HBCUs have been taking a beating in the media lately, especially when all institutions are faced with doing more with less. We are advocates for keeping a positive light shining on HBCUs and the “I Love My HBCU” Month does just that.”

HBCU Lifestyle is partnering with TMCF to promote school pride among students and alumni by hosting an I LOVE MY HBCU Video Contest. Share your compelling video testimony in 60 seconds or less, and let the nation know why you love your HBCU. Students and alumni from all HBCUs are eligible to compete for bragging rights for their schools and enter for a chance to win prizes such as a Samsung Galaxy Tab 2 7-Inch Student Edition (White).

Co-founded by the father-son team Richard and Garrick Gibson in 2011, HBCU Lifestyle is an on-line magazine that provides news, entertainment, and basic lifestyle information as resource for HBCU students, faculty, alumni, and supporters. Both Richard and Garrick are alumni of Florida A&M University (FAMU).

“TMCF is excited about this new relationship with HBCU Lifestyle,” said Taylor.

“This is what the “I Love MY HBCU” awareness campaign is all about. We are shining a light on the great work HBCUs are doing to produce future leaders and entrepreneurs like Richard and Garrick Gibson – a true example of where education pays off.”

“I Love My HBCU” Month will be observed nationally during the month of March in remembrance of many important people and events in the history of Historically Black Colleges and Universities. It will highlight contributions HBCUs have played in shaping its graduates. Thurgood Marshall College Fund created and owns the theme, slogan, resources and materials for the national “I Love My HBCU” campaign. Each year, with assistance from HBCUs, students, alumni, fraternities, and sororities and other partners, like HBCU Lifestyle, TMCF will coordinate activities to raise awareness about the month and its significance.

“It is up to us, the next generation and alumni, to remind the public of [their] value and to continue supporting organizations like TMCF so more students can have the same opportunities that we had,” Gibson said. “I am proud that I went to FAMU and I Love My HBCU!”

For more information on TMCF’s National “I Love My HBCU” Month and video contest, visit www.thurgoodmarshallfund.net/ilovemyhbcu.

About the Thurgood Marshall College Fund
TMCF is named for the U.S. Supreme Court’s first African-American Justice. Established in 1987, TMCF supports and represents nearly 300,000 students attending its 47 member-schools that include public Historically Black Colleges and Universities (HBCUs), medical schools and law schools nation-wide and in the U.S. Virgin Islands. Through its scholarships and programs, TMCF plays a key role in preparing the leaders of tomorrow. TMCF is a 501(c) (3) tax-exempt, charitable organization. For more information about TMCF and its initiatives, visit www.ThurgoodMarshallCollegeFund.org.