You are here: Home / Current Students / College Life / Pledge Season: 10 Things to Think About Before Hazing 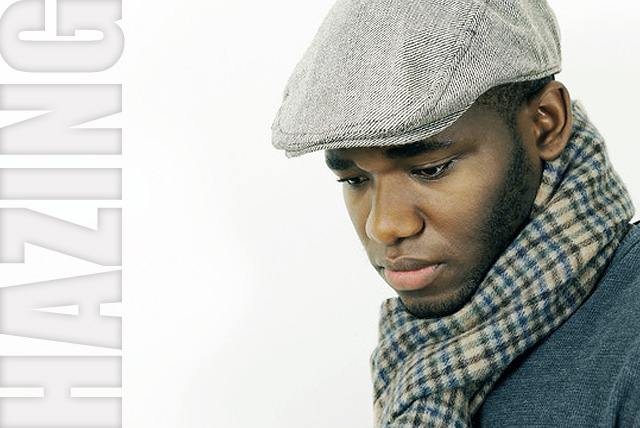 In “Five Challenges Black Fraternities Must Address in 2014”, I pointed to hazing as one of those challenges. It is pledge season. Unfortunately, that means it is time for boneheads all over the country to put themselves in danger of doing “perp walks.”

The 2013-2014 academic year has been active with a young life having been lost this year while one of the country’s biggest fraternities is trying to right the wrongs of some of their members. One family has lost their son after a Baruch College fraternity chapter hazing incident. Sigma Alpha Epsilon, a predominantly white fraternity dubbed the “deadliest U.S. fraternity” by Bloomberg, has abolished their pledge process after a 2012 hazing death at Salisbury University. During the spring 2014 semester, hazing allegations have been leveled against Black Greek chapters at the University of Georgia, the University of Central Arkansas, and the University of Akron.

If I could look into the eyes of each fraternity and sorority member, this is what I would say about the stupidity of hazing:

This should really be the only reason anyone should not commit hazing. According to a depressingly long list of hazing deaths captured by educator Hank Nuwer, the first hazing death to impact an HBCU was in 1975 and the first one committed by members of a black fraternity or sorority was in 1983. Regardless of where these deaths happened or the ethnicity of the organization, we need to get into the habit of thinking about families who lost their loved ones.

Again, I should not have to go any further but it is obvious that folks don’t get it. When are you going to get sick and tired of seeing other black college students’ mug shots in the media?

3. Hazing does not guarantee better brothers or sorors.

Like so many others, I once thought that those “came up hard” in black fraternities and sororities were the most dedicated to our missions. I learned, through leadership, that is complete B.S. I can personally name situations where “paper” members of chapters are the ones who do the hard work. Conversely, there is no end to stories of “real” folks who don’t actively participate in the process of advancing their respective fraternities and sororities through regular meeting attendance, service, and/or voting for effective leaders. If hazing were a guaranteed method of creating a thriving membership, no one would get hurt and our organizations would be in complete financial health. Neither is the case.

@eddiefrancis it may come down to one organization being sued into non-existence to make things real. #BlackGreekSuccess

I believe that “tradition” is a word that has crippled black organizations, institutions, businesses, and churches. Admittedly, I was guilty of this mentality until I thought much more deeply about the victims and their families. As Black Greeks, let’s learn that we can to hold prospective members accountable for dedicating themselves to our letters without relying on thoughtless traditions. Heck, we don’t even need any research to find that people who haze have no earthly idea why they do it besides “tradition.”

5. Hazing in black fraternities and sororities has had a negative influence on other black organizations.

The hazing deaths of Robert Champion at Florida A&M and four young men who tried to pledge an organization ironically called Men of Honor at Virginia State are proof that people follow the wrong example of Black Greek life. We brag about being examples in our communities, so we should take responsibility for sending the wrong messages, too.

6. We are not the military.

I have actually heard members try to compare black fraternity and sorority pledging to military boot camps. Stop it. My father fought in World War II, my brother is a veteran, and I have a nephew in the military. Men and women of the military train to defend a country. We don’t.

7. None of us have been trained to oversee a physically or mentally demanding process.

Loving our letters does not qualify us to be trainers. Do you even know C.P.R.??? Going back to the previous point, military drill instructors are trained to physically and mentally challenge their troops. We do not have and never had any such training in black fraternities and sororities. Let’s be real and stay in our lane.

Victims of hazing and their families don’t give a rip what some of us think about the difference between pledging and hazing. I used to argue this point until I realized that I am not the most important person in the discussion. The victims and their families are.

9. Hazing is the reason you pay more to be Greek.

In 1989, my pledge fees were $275. Now, some pledge fees are nearly $2,000 on the undergrad level! Inflation didn’t cause this to happen. We can thank litigation caused by hazing incidents.

10. Hazing is a clear sign that people put themselves above the organization, the prospective members, and you.

To paraphrase Abraham Lincoln, nearly anyone can stand adversity; but if you want to test one’s character, give him or her power. While we all understand that no one intends harm, I have noticed a common thread among people who are guilty of hazing—a mob mentality, often acting under the influence, and/or narcissistic behavior. People who commit hazing put themselves above the victim(s). It is especially a big temptation for these selfish members when an eager candidate declares that he or she will “do anything” to become a member. You will notice, also, that hazers are often guilty of creating “renegades”—those who are illegally pledged and even given some of our secrets without having seen one minute of the legal process. So, how does it feel to pay dues, have voting rights, and commit yourself to academic excellence and servant leadership while your “brother” or “soror” gives your secrets to someone who has not legitimately or legally earned the same rights you did?

[Tweet “Pledge Season: 10 Things to Think About Before Hazing #BGLO”]