You are here: Home / HBCUs / Figuring Out the Future of FAMU: Lessons Learned 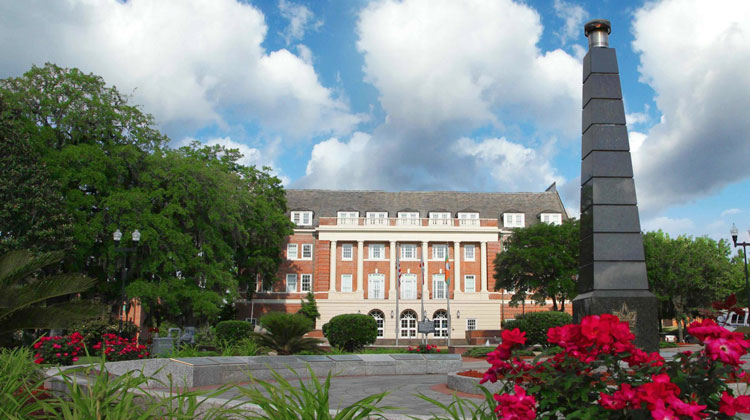 Just a month or so ago, many of us watched as the embattled saga between the then president, Elmira Mangum, and the Florida A&M University (FAMU) Board of Trustees finally came to an end. Some were disappointed and angry. Some were happy and pleased. Others were left in confusion and concern regarding the future of FAMU. Now, with President Mangum gone and Interim president Larry Robinson sitting at the helm for the third time the question that presents itself is what are the lessons to be learned?

Symbolic change only lasts if buttressed by significant, structural and cultural change.

I state in “Growing Pains, Institutional Change, and Leadership at FAMU” that it appeared that the hiring of Dr. Mangum was to serve as a symbol to the FAMU and higher education communities that FAMU was interested in change and in pushing against the narrative of being insular and self-sabotaging in the name of tradition. However, it seems that the change that Mangum symbolized was not a change that many members of the board (the one that hired Mangum and the one that fired her) were interested in manifesting. Mangum brought with her a number of changes to FAMU operations. Such actions are not rare for a new president to enact; however, when an institution is not truly ready for the change barriers to change are created. In the best-case scenarios, change is slow but steady. In the worst-case scenarios, presidencies are derailed and institutions find themselves assessing the damage done from the battles which ensued. The FAMU saga provides a lesson that symbolic change is nullified when there is not significant structural or cultural change to support it. An institution must follow symbolic acts and hires with institutionalized change efforts. To go a step further, boards must be on one accord with the institutional change so as to avoid impediments to that change.

The Costs of War

Tensions among those who comprise leadership at a particular institution can take a toll not only on those involved but also on the institution as a whole., including institutional stakeholders. Throughout the saga that unfolded between President Mangum and the board of trustees, students, faculty, alumni, and donors found themselves caught in the fray. Alumni, donors, and prospective students seek stability in institutions. When a board and president have a volatile relationship, it signals institutional instability which can lead to a loss of current and potential donors. When governance and administrative issues become synonymous with the institution brand it affects institutional marketability. Though boards who have drawn-out squabbles with presidents due to micromanagement and poor communication may find the firing of a president as a win, the question is raised if it is really a win if there are significant, long-reaching losses? Every battle won isn’t a battle worth winning.

Legacies that Last are Built with Many Hands

True shared governance models provide room and opportunity for a variety of representative voices to be included in institutional decisions. This kind of model cannot exist solely in policy but also in practice in order to be effective. Engaging in true shared governance practices allows for institutions to have a higher probability of having buy-in from all campus stakeholders which aids progression and in achieving successful capital campaigns and university strategic plans. When an institution appears to be guided by the heavy hands of a small group of people, it creates a sense of distrust. A lack of diversity within the group of those making decisions can also create distrust. In order for an institution to move forward and to do so in a sustainable fashion, there must be a consideration for all of the stakeholders.

Boards of trustees and other institutional actors must challenge their own prejudices and problematic practices when evaluating or engaging with a new leader. It would be negligent to not point out the significance of Mangum being the first female president in FAMU’s history. Women in leadership often face challenges due to the fact that their male counterparts do not respect their personalities and leadership styles. Researchers such as Kanter, Bielby, Reskin, and Taylor have shown that implicit bias against women leaders, as well as the practice of tokenism, have not only created glass ceilings but also challenges in lasting in top positions. During her tenure, Mangum’s personality and values were repeatedly scrutinized and raised as impediments to her presidency. Though the board felt it time to hire the institution’s first woman president, it begs the question of whether or not they were culturally ready for a woman to be at the helm of their institution? Was FAMU ready for a woman to be calling the shots without needing a male to validate her decisions?   It appears that although the FAMU board hired what appeared to be a change agent, they were not properly prepared for what that change would look like or that it would indeed occur. These were the ingredients to a recipe of a tumultuous board-president relationship.

The Mangum saga will be one that will be analyzed for years to come. Despite this, FAMU must rally and move forward. It is yet to be seen what the aftermath will be from the last three years. However, what is certain is that if the university on the highest of seven hills is to sustain and grow their great legacy it cannot be left in the hands of a small group of people. If FAMU is going to move forward, the whole “FAMU-ly” must be involved, even if that includes a woman who has a vision to lead and new ideas to implement. If an organization never embraces change, diversity, and teamwork then it will never reach new heights. FAMU has some days of rebuilding ahead but hopefully, the lessons learned will lead to the embracing of diverse leadership and of diverse leadership styles. The future of FAMU depends on it.