You are here: Home / HBCUs / History / Savannah State Applies for Patent for Research Under NASA Grant 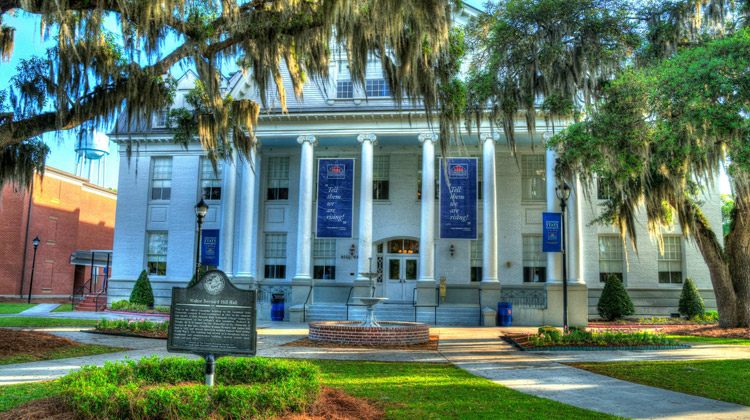 Savannah State University (SSU) has received letter of approval from the US Patent Office for a process invented by Christopher Hintz, Ph.D., an associate professor of marine and environmental sciences, and Amber Wilkinson, graduate student.

Under a federal research grant from the National Aeronautics and Space Administration (NASA), Hintz and Wilkinson discovered an alternate way to harvest algae material using a procedure viable for space travel and colonization.

Current methods for the harvesting process are notoriously difficult and often severely damage the algae itself, making it unusable. Some systems created to solve this problem – to remove the algae from its culture medium – are very expensive and often require more energy than would ultimately be harvested. Hintz and Wilkerson’s version can be made with a few low-energy components, compressed air and plastic pipe. View the patent application.

Hintz thinks there could be multiple applications for the process, not just for space travel. Pharmaceuticals that need to make compounds and harvest yeast cells could benefit by being able to harvest without damaging cells.

About Savannah State University
Established in 1890, Savannah State University is the oldest public historically black college or university in Georgia and the oldest institution of higher learning in the city of Savannah. The university’s 4,800 students select majors from 30 undergraduate and six graduate programs in three colleges — Liberal Arts and Social Sciences, Business Administration and Sciences and Technology — and the School of Teacher Education.