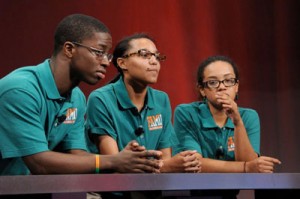 In 1975 the Himalayan kingdom of Sikkim joined what very large neighbor to its south? Correct Answer: India

The fast-paced, suspenseful competition tested the students’ abilities to quickly and accurately answer questions on a broad range of topics including world history, science, literature, religion, art, social sciences, popular culture and African-American history and culture. The top two teams from each of the eight competing divisions advanced to the “Sweet 16,” a single-elimination playoff. The final two teams then battled it out for the national title in a best 2-out-of-3 finals. 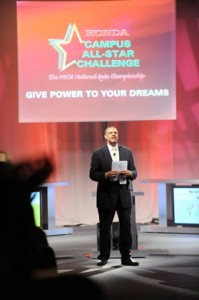 The Honda Campus All-Star Challenge provides a one-of-a-kind outlet for students to flex their knowledge and intellect in an intense but friendly rivalry. Beyond the competition, the Challenge gives HBCU students an opportunity to connect with like-minded students, build friendships and establish networks that last beyond HCASC. Honda is honored to celebrate the academic excellence of HBCU students through this empowering event.”
– Steve Morikawa, assistant vice president, Corporate Community Relations, American Honda Motor Co., Inc.