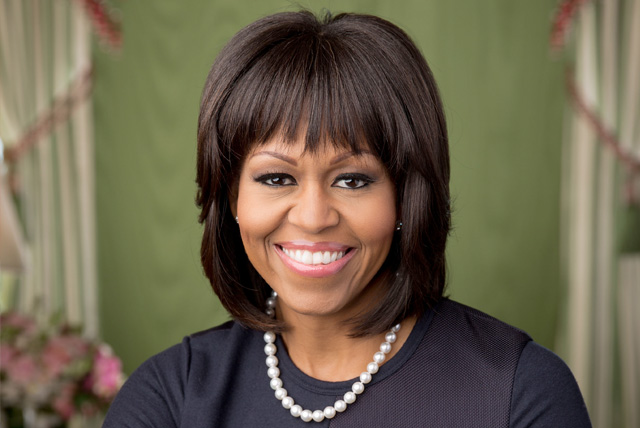 First Lady Michelle Obama will deliver the address at Dillard University on Saturday, May 10, when 243 students of Dillard University’s Class of 2014 walk down the Avenue of the Oaks during the commencement ceremony at 10 AM.

A product of Chicago public schools, Mrs. Obama studied sociology and African-American studies at Princeton University. After graduating from Harvard Law School in 1988, she joined the Chicago law firm Sidley & Austin, where she later met the man who would become the love of her life.

After a few years, Mrs. Obama decided her true calling was working with people to serve their communities and their neighbors. She served as assistant commissioner of planning and development in Chicago’s City Hall before becoming the founding executive director of the Chicago chapter of Public Allies, an AmeriCorps program that prepares youth for public service.

Promoting Service and working with young people has remained a staple of her career and her interest. Continuing this effort now as First Lady, Mrs. Obama in 2010 launched Let’s Move!, a campaign to bring together community leaders, teachers, doctors, nurses, moms and dads in a nationwide effort to tackle the challenge of childhood obesity. Let’s Move! has an ambitious but important goal: to solve the epidemic of childhood obesity within a generation.

As First Lady, Mrs. Obama continues to work on the issues close to her heart — supporting military families, helping working women balance career and family, encouraging national service, promoting the arts and arts education, and fostering healthy eating and healthy living for children and families across the country.

Michelle and Barack Obama have two daughters: Malia and Sasha. Like their mother, the girls were born on the South Side of Chicago. Follow First Lady Michelle Obama on Twitter@FLOTUS.

Dillard is a private four-year liberal arts historically black university with a history dating back to 1869. Academically, Dillard is listed on: Forbes’ 2013 list of Top Colleges and Universities in the U.S., top 60 liberal arts institutions by the Washington Monthly (2013), and is consistently one of U.S News and World Report’s top Historically Black Colleges and Universities.

The University has been fully engaged in the economic development of the Gentilly community in which it is located as well as the city of New Orleans.  Dillard University partners with 12 community organizations, businesses and local schools in implementing such projects as home buyer workshops, community health fairs, edible gardens and water sustainability.

Its Minority Health and Health Disparities Research Center also partners with local health institutions to study and address diseases such as diabetes, obesity and colon cancer, which are common to underserved individuals in the New Orleans community.Source: Dillard University Office of Communications & Marketing