The nation’s marching band fans have spoken, and have chosen the top eight marching bands at Historically Black Colleges and Universities (HBCUs) for the 2012 Honda Battle of the Bands.  Now marking 10 years of celebrating the heritage, showmanship and scholarship of HBCU bands, the Honda Battle of the Bands will bring “The Homecoming” to the Georgia Dome in Atlanta for the Invitational Showcase, Saturday, January 28, 2012.

Following are the HBCU marching bands that will earn a $20,000 grant for their music education programs and an all-expenses-paid trip to the 2012 Honda Battle of the Bands Invitational Showcase:

For the eight winning bands, the journey to the Invitational Showcase involved months of practice and training, all in preparation for their Georgia Dome performances, where each band will have 12 dazzling minutes to showcase the musical excellence, distinctive style and superior showmanship that earned them a place in the 2012 Invitational Showcase.  The Showcase bands are chosen via online voting, with votes by fans, students and alumni accounting for one-third of the selection criteria, and band directors and school presidents accounting for the balance of the selection process. 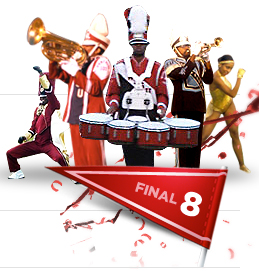 This year’s event theme, “The Homecoming,” reflects on the 10th anniversary of the Honda Battle of the Bands and calls for all HBCU marching band alumni, current HBCU students and the many fans of the event to meet in Atlanta for this special anniversary showcase event.  The homecoming theme also highlights the importance of marching band culture to black college homecoming celebrations.

“We are excited to be celebrating 10 years of the Honda Battle of the Bands as we continue to support the music education programs of our nation’s HBCUs” said Marc Burt, senior manager, Office of Inclusion and Diversity for American Honda. “We hope that Black college marching band fans and alumni will attend this year’s Invitational Showcase as we anticipate a great community turnout and even greater performances by the top eight HBCU marching bands.”