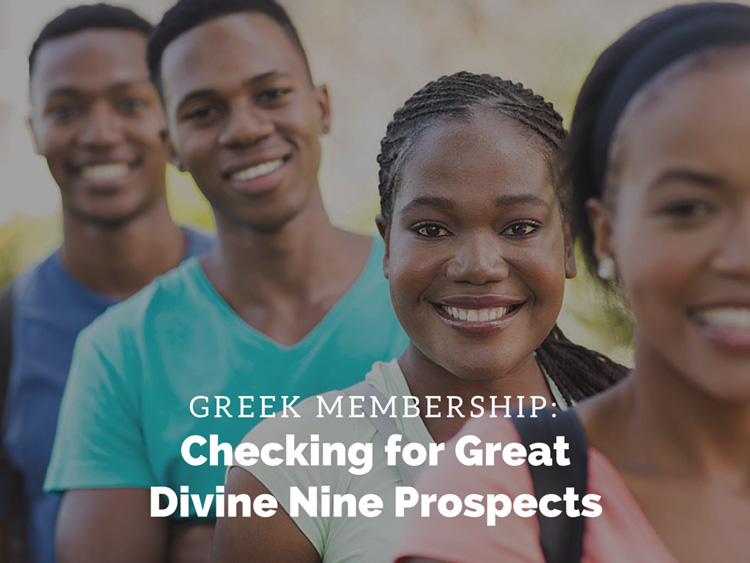 My
first blog for HBCU Lifestyle was dedicated to students who are considering membership in a Divine Nine fraternity or sorority. Even though it’s still a beautiful summer, I want to help chapters prepare for the next wave of membership. As someone who places a high value on the contributions of the Divine Nine, it is important to me that we proceed thoughtfully when considering new brothers or sorors.

That said, here are suggestions for attracting great prospects:

Make sure your chapter’s brand is attractive

Last blog, I encouraged chapters to keep their images tight during the summer as a way to transition seamlessly back into the academic year. From a marketing standpoint, groups that have well-defined brands have great chances of attracting great prospects. It goes without saying that the brand should be consistent with the national organization’s brand. Even more, understand that the best way to attract quality prospects is to do quality work on the yard—make academics a priority, be involved in the campus community, love one another, and be servant leaders. 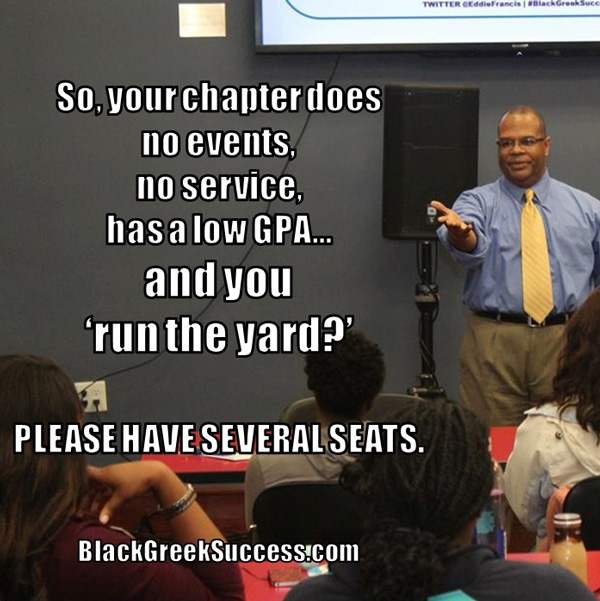 During my campus advisor days, I would ask my frat brothers what they thought of certain students. There were times they wouldn’t even consider folks because of stuff they “heard” about them. I’m not going to act like I never went there as an undergrad, so let me tell you what I learned. If you want to know something about a student, be mature and ask questions.

I have seen chapters avoid prospects like the plague only to find out that they turned away people who would have been great brothers or sorors. Even worse, I’ve seen these great prospects join another organization over silly assumptions. The biggest heart breaker is when a chapter stereotypes a student, avoids him, and he winds up graduating top of the class leaving the chapter to wonder how a quality prospect got away.

Push your pride aside

It kills me when a chapter proudly says, “We do NOT recruit!” If you’ve invited someone to your interest meeting, you’ve recruited (whether you believe you have or not). What you don’t want to do is beg–big difference. Please don’t play this silly game of “they need to come to us if they’re interested.”

What if the student is like yours truly was in college? I knew nothing about Greek life when I got to campus so I wasn’t interested. However, someone approached me and personally invited me to an interest meeting. Forget your pride and extend a simple invitation to a student who you believe will honor his or her membership.

Sure, this prospect may be one of the cool kids on the yard or a friend of yours but do you really know who she is? Granted, it’s hard to grasp who a person really is in a short amount of time, but ask yourself if you have made careful observations of the person who may wear the letters day. Is she putting on a front just to please the chapter? Is he serious about school? Will the prospect’s social habits embarrass sorors or do brothers proud? I am a huge believer that a high GPA, a kazillion community service hours, and popularity don’t mean squat if the prospect has weak character.

Communicate with your advisors

I know the chapter/advisor relationship can be volatile. Trust me, I gave my grad advisor fits (and wound up apologizing to him for my behavior 25 years later). Generally, the more the advisor knows, the more he or she can help. The trouble starts when there are communication issues. Chapter members often get into very, shall we say, active discussions about prospects. That is one of those times to allow the advisor to have at least some input. The advisor may be able to provide insight that can help the chapter come to logical conclusions about their prospects.

Regardless of how we feel about folks, at the end of the day it is about making sure that we are in the right mindset to pick the right membership prospects.