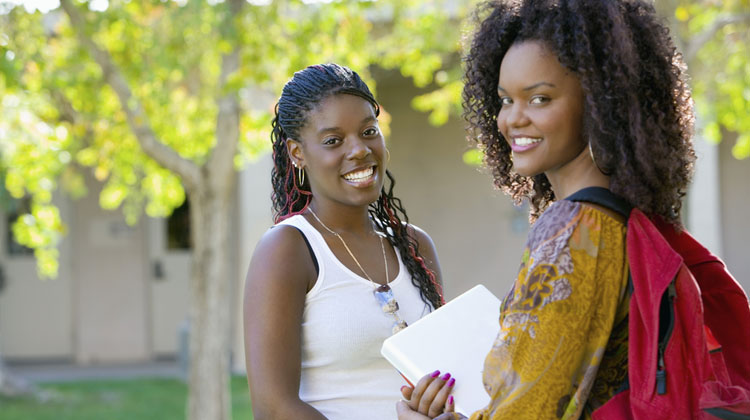 On the day of the inauguration of our country’s 45th president, I decided to avoid all of the media fodder that undoubtedly would be occurring. Instead, I found the time to finally see the Oscar nominated film and box office hit, “Hidden Figures”. This true story focuses on three African-American women, Katherine G. Johnson, Dorothy Vaughan, and Mary Jackson, who during the age of Jim Crow, worked at NASA. These women served as the brains behind the launch of astronaut John Glenn into outer space. Finding themselves fighting discrimination at the unique intersection of race and gender, these three women without much widespread laud broke barriers, excelled, and helped change the world. While watching the film, there were many moments that struck me as special, for a variety of reasons. However, I walked away from the film with one very strong theme. Through all that these women experienced and accomplished there was one constant: Sisterhood.

Throughout the film, there were moments where these brilliant Black women, due to their place in society at the time, were overlooked, taken for granted, had their work exploited, or did not find the ample support for them to progress in the way which was deserved. Yet, whenever one of these roadblocks presented themselves these women find solace, strength, and inspiration in each other and other Black women in their lives. When Katherine initially receives the opportunity to work with the all- male work group trying to figure out how to successfully launch a man safely into space she finds herself greatly intimidated by the prejudice showed towards her race and gender. She questions if she is indeed smart enough to do the job. While declaring her feelings of inadequacy, it is other Black women who remind her that she is smarter than most people in the room and encourage her to keep pushing and not be afraid to be brilliant.

When Mary Jackson, played by singer/actress Janelle Monae, ran into a road block on the path to becoming an engineer at NASA due to not having advanced certification coupled with finding out the only place she could take the certification courses was not yet integrated, she didn’t find much support. Even her Black male partner was initially discouraging of her aspirations. However, it was the Black women in her life that told her to not accept no for an answer and fight the powers that be. And when Dorothy Vaughn, played by Octavia Spencer, saw that NASA was moving in a direction that would ultimately result in a whole wing of Black women losing their jobs, she found a way to train and prepare them for the future. This was not to merely insure her job security, but job security for them all.

Though each of these women were brilliant minds in their own right there were a number of times where their environment, racist and sexist legal structures, or obstacles in the form of cynical people and seemingly benevolent racists made them question their abilities or if they would ever be able to showcase said ability. It was in these moments that the sanctity of Black sisterhood supported, embraced, protected, championed, and even saved Black women and their brilliance. When these Black women could not count on well-meaning White men to see past their privilege, White women peers to sacrifice their comfort for the cause of fellow women, or even, at times, Black men to affirm the contributions of their Black sisters beyond matrimony and motherhood, these Black women were able to turn to each other to be reminded that they had permission to be amazing, brilliant, and magic.

Lessons from our Letters

It is not lost on me that all three of these women were members of Alpha Kappa Alpha Sorority, Inc. I imagine that there were a number of lessons learned within their beloved sorority that not only pushed them to be excellent but also equipped them with a deep desire to see the best in the Black women around them and spur them to greatness. Sisterhood is a cornerstone principle for many of us in Black sororities and many of us have found solace, inspiration, and sanctuary in our sorors’ arms and eyes.

Much like the women in Hidden Figures we are embarking on a time in US history that will undoubtedly impact our country for the rest of its existence. And though we are seeing Black women achieve record-breaking heights in all arenas, we are also seeing Black women being violated, abused, profiled, and killed at the hands of state-sanctioned violence. We, much like the women, in the movie have searched for allyship from White women and have been erased from their brand of feminism. And yes, there have even been times that we have sought support from Black men and found ourselves quieted or asked to put our concerns second to theirs. However, let the women of “Hidden Figures” be a reminder to us, especially those of us who took oaths to uphold the principle of sisterhood, that if there is a place Black women should be able to go to be celebrated, heard, and supported it should be found in other Black women.

Just as Dorothy and Mary waited until dark for Katherine to come out of her office building so they could all go home, let us remember to not leave any of our sisters behind until the work is done. There is safety for her brilliance in the sisterhood. There is strength for her in the sisterhood. And though the road for us to change the world may be long and arduous, we will make the journey. But we will only make it, if we do it together.

I dedicate this to all of the women of Muslim faith, especially those who are members of BGLOs, who have had their value and personhood violated and disaffirmed. May you feel the presence, power, and safety of sisterhood at such a time as this.