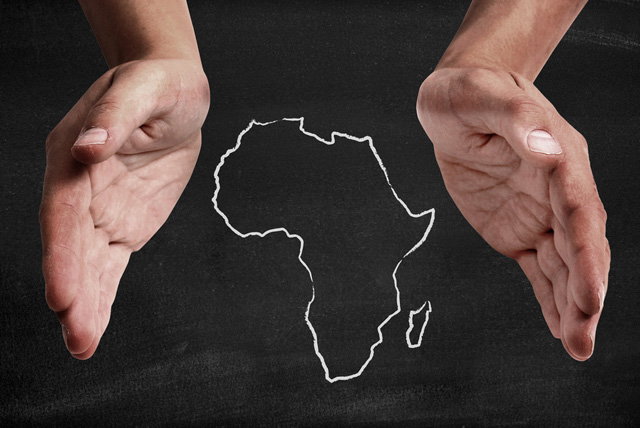 Those who question the relevancy of HBCUs often bring up perceived lack of diversity in their arguments. Some people don’t think that HBCUs provide an environment that is representative of the ‘real world.’ And maybe this would be a good leg to stand on, if it were true. Furthermore, it would also be a better argument if diversity were limited to the racial constraints so many of us set. That being the case, HBCUs striving to diversify their campuses need not focus solely on the Latino American population that has become the population at the top of many recruitment lists. HBCUs should expand their gazes, as they are prime spaces for the wide diversity of Black students – not only Black Americans, but also Black students from around the world.

Late last month Morehouse College shared the news that the institution had received a $1 million gift from the Buffet Foundation. This gift was given to establish the Rugari Scholarship Program to educate young men who live in the Democratic Republic of the Congo, Rwanda, Burundi and, Uganda. Eventually, these future Morehouse Men are expected to help lead this region of Africa forward. Last year we also saw the Brazilian government agree to send approximately 1,000 students to several of the nation’s HBCUs as part of the Joint Action Plan to Eliminate Racial and Ethnic Discrimination (JAPER). As a result, selected HBCUs are preparing efforts to accommodate an average of 30 to 50 students to be admitted into each selected school. These are just a couple of examples of Black colleges that are aware of how HBCU campuses are prime places to embrace diverse populations of the African Diaspora. HBCUs foster a mutual respect for Black culture among a broader population. An environment such as this invites international students, who have had their own diverse Black experience, to a place where they can learn, thrive and be celebrated.

Not only do these campuses have something to offer this population of students, but this group of students can prove beneficial for the institutions. There has been much interest in the globalization of U.S. college campuses. Creating strong partnerships and diligent recruitment practices with African, Caribbean, and South American countries opens the doors for funding opportunities such as the Buffet Foundation donation as well as other foundation and corporate support. Also, as more and more employers are looking for students with global experiences and understanding, establishing these partnerships can begin exchange and study abroad programs with colleges and universities in those countries. Creating more programs that connect students from across the global African diaspora doesn’t dilute the HBCU mission, but extends it.

The Challenges of Global Diversity for HBCUs

However no endeavor comes without its challenges. Recruitment takes resources. Many HBCUs are already operating with strained financial resources. Institutional monies being limited, outside and creative funding sources are imperative to making an honest effort at international recruiting. Recruitment also takes education. One would be mistaken to not believe the same tainted messages communicated in the U.S. concerning HBCUs and their perceived lack of quality have not made their way overseas. HBCUs must know their worth, and be able to communicate clearly with supporting data why their institutions will serve these students well. Also, though HBCU campuses are environments known for nurturing and empowering students, that does not mean they are free from a possible lack of knowledge for caring for these international student populations. If HBCU campuses plan to recruit from the African and Afro Latino populations, they will need to learn and prepare their campuses to be able to meet the unique needs of the students.

There will be dissenters that say focusing and directing resources to international students is moving away from HBCUs’ service to Black American students. But as diversity enhances all students’ experiences, having multiple representations of Black students, both U.S. and international, is actually of service to HBCU students. As they enter into a global world, taking classes with, engaging with, and serving beside these students will enable them to succeed in an increasingly globalized workforce.

The African Diaspora is Part of the HBCU Legacy

There are many populations that HBCU campuses can look to as they strategically plan their next life cycle in U.S. higher education. It would behoove HBCUs to take a look at the wonderful ways in which they have empowered generations of Black Americans and begin to see how that impact can be spread across the Pan–African spectrum. This too is a part of their legacy. This too can be a part of their future. To those who question the diversity of HBCU campuses, in the words of Steve Biko, “Being black is not a matter of pigmentation – being black is a reflection of a mental attitude.” And it is time we hear the chorus of those thoughts in not just our own voice, but in an array of beautiful languages.

Felecia Commodore is a third year PhD student in Higher Education at the University of Pennsylvania’s Graduate School of Education. She has a background working as an admissions counselor and academic advisor at Trinity University, Washington, D.C. and University of Maryland, College Park respectively. Felecia obtained an M.A. in Higher Education Administration from the University of Maryland, College Park, MD and a B.S. in Marketing with a minor in Sociology from Drexel University in Philadelphia, PA. Felecia was recently a 2013 intern for the Southern Education Foundation. Felecia’s research focus area is HBCU leadership, governance, and administrative practices.

Marybeth Gasman is a professor of higher education in the Graduate School of Education at the University of Pennsylvania. She also serves as the Director of the Penn Center for Minority Serving Institutions. Marybeth is an expert on Historically Black Colleges and Universities, Black leadership, fundraising and philanthropy in communities of color and Minority Serving Institutions. She is the author of 18 books in these subject areas and many articles.