You are here: Home / HBCUs / WSSU Program Responds to the Need for Males in Classrooms 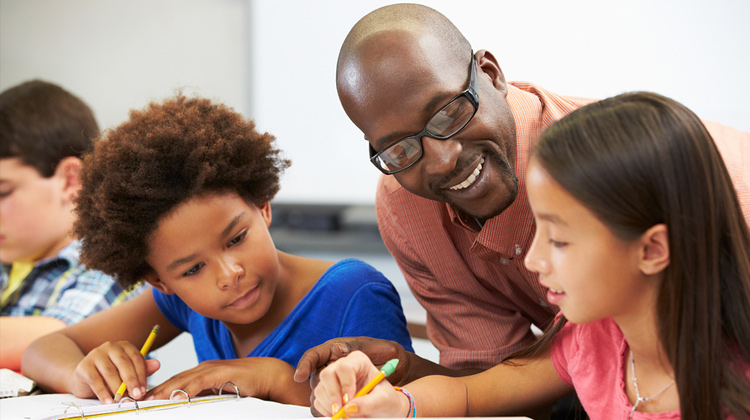 A new program at Winston-Salem State University is focused on addressing a national demand for getting more African-American males in nation’s elementary and secondary schools.

WSSU’s new M-Strong is designed to attract African-American males interested in the teaching profession and providing them an opportunity to get into the pipeline. As North Carolina considers strategies to address the alarming decline in the number of individuals entering the overall field of teaching, WSSU is doing its part to increase teacher productivity and quality through its Educator Preparation Program. There are about 7.5 percent African-American male students compared to less than 2 percent African-American male teachers in public schools nationwide, according to several studies.

“Each year enrollment in elementary and secondary schools across North Carolina and the nation have become increasingly diverse, yet teachers are still mostly white and female,” said Dr. Gregory Henderson, assistant professor and WSSU department of Education faculty member. “We want to be a leader in this effort to diversify the pool of quality teachers in public education.”

Henderson created the M-STRONG program in 2014 with the core objective to increase African-American male involvement and retention in the educational environment. M-STRONG stands for Men (who are) Spectacular Teachers Responding to Ongoing National Goals (in Education). According to Henderson, this educational enrichment program was developed to prepare highly qualified African American male educators through innovation, research, collaboration, and strategic training.

Last spring, a cohort of 15 education majors completed Phase One of the 12-week program that included high-impact instruction, action research, technology integration, critical thinking skill development, and intensive reading. Phase II of the program, which began this fall, focuses on application of learning in real-world settings. Participants will be linked to schools and develop action plans for success, select a male mentor from within the public school system, attend school board meetings, and engage in ongoing book discussions and review sessions.

M-STRONG participant Joshua J. Sermon said that the program, “helped me advocate the importance of African Americans in Education. This is my second semester in M-STRONG and it has challenged me to think outside of the box as an educator. Dr. Henderson wants students in this organization to realize that we can change the direction of young people.”

Sermon said books participants were required to read were written by scholars and activists including Cornel West and Kevin Powell. According to Sermon, “This organization makes me more passionate about being a teacher because I know how much of an impact I can have in a school.”

“WSSU is committed to preparing educators who effectively support social justice in a diverse 21st century, and M-STRONG is another reflection of this commitment,” according to Henderson.