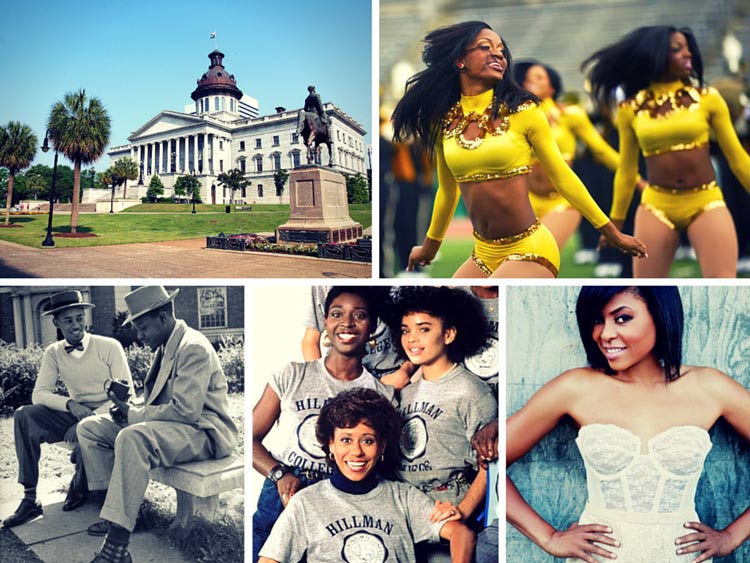 We recently looked at the most shared black college articles in the United States over the 1st quarter 2015. These articles are ranked in the total number of social media shares. The stories range from facing racism to entertaining dance lines and represent the type of content people have been sharing and discovering with friends this year.

Gene Demby’s entry on NPR’s Code Switch blog back in February covered the South Carolina lawmakers proposal to shut down the state’s only public historically black college for two years. In anger, supporters and alumni of the South Carolina State University rallied at the capital to protest the proposal. They have also filed a federal suit blaming state officials for the university’s current situation.

In late February Chris Wild published a historic portrait collection of students and teachers at Howard University in Washington, D.C. on Mashable’s Retronaut (The Photographic Time Machine) series. The photos were originally taken by Alfred Eisenstaedt for Life magazine in 1946.

See the photos at Mashable

Earlier this year HBCU Buzz conducted a poll to find which Historically Black College has the best Dance Line. HBCUs are known for their show bands. But many fans feel these marching bands aren’t complete without those delightful, soul-spirited, and electrifying ladies of the Dance Lines. As they move and twerk, they motivate the entire crowd to celebrate music. So, who do you think is the best among all?

Sylvia Obell compiled a list of ridiculous questions that many HBCU alumni hear all too often. Her post was featured on BuzzFeed, a blog known for it’s viral animated gift posts. From a simple question like “What is an HBCU?” to a hilarious one “Do you know anyone who went to Hillman?” HBCU alumni are tired of hearing and answering these 25 questions.

1. Taraji P. Henson Enrolls Son At Howard University After He Was Racially Profiled by Campus Police

In March, Brennan Williams reported the original story that appeared in the February/March issue of Uptown Magazine. In the article, the Empire Star-Taraji P. Henson recalls how her 20-year old son was once profiled by police at the University of Southern California. Post that, she found a way to reduce the chances of it happening again as she got him enrolled at an HBCU.