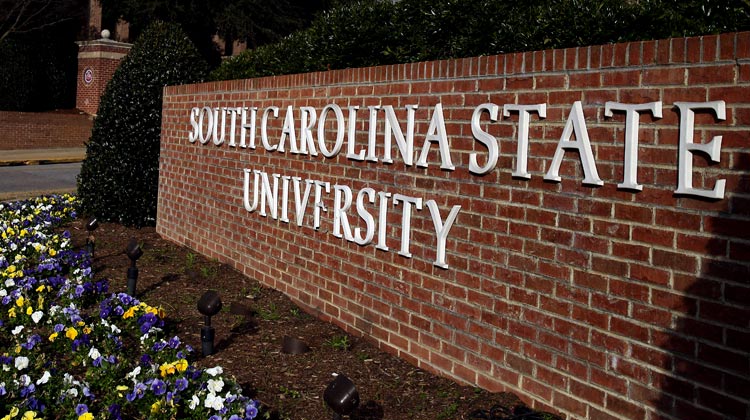 “South Carolina State University is open for business!” Those were the words of the university’s acting president when he announced the decision handed down by the university’s regional accrediting body at a press conference on Thursday, June 11, 2015.

“We have good news,” said Dr. W. Franklin Evans. “SC State University is open for business and we are here to stay,” he said. University officials considered it a victory when the Southern Association on Colleges and Schools, Commission on Colleges (SACSCOC) decided at its June meeting that the 119-year historically black institution would retain its accreditation after being on probation for non-compliance on governance and finance issues.

On Tuesday, a five member delegation, including the university’s acting president, board of trustees chair, and finance staff traveled to Portsmouth, Virginia where they appeared before a SACSCOC compliance and review committee. They presented the university’s case for maintaining accreditation; showing proof that the institution has addressed the issues cited by SACSCOC.

“We are very pleased by the commission’s decision,” said President Evans. “The meeting was productive and fruitful. Of all the possible options open to the commission, this is clearly the best possible and most reasonable outcome,” said Evans.

According to Evans, the university delegation laid out a comprehensive scenario for the committee, giving an historical account of how the university found itself in financial straits, but the team also explained the university’s proactive approach for identifying its key issues and its plan for moving the institution forward.

Evans noted that 90% of the committee’s questions dealt with financial issues and only one question focused on the quality of academic programs. Evans said, “My response highlighted the many national accreditations of specific programs of study, the credentials of the faculty and the excellence of our teaching and learning, affirming that the academic quality and reputation of South Carolina State University are very strong.”

“I was honored to participate in the SACSCOC meeting on Tuesday, June 9th and was very impressed with the rigor of the process,” said board chair Charles Way. “The SACSCOC decision sends a loud and clear message to our students, faculty and staff, alumni and citizens of South Carolina. SC State is alive and well; we’ve turned the corner and are headed in the right direction,” Way said.

SACSCOC is expected to post details of its actions on the commission’s website by June 18th. Meanwhile SC State University’s newly appointed board members will hold their regularly scheduled meeting on June 17th where they will be briefed on the details of the visit and further strategize on how they can help the university move away from the threat of any future sanctions by SACSCOC.