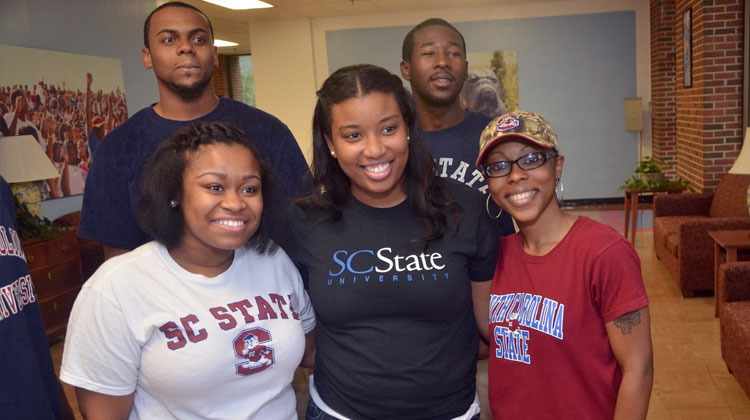 In its first meeting since the start of a new academic year, the SC State University Board of Trustees received positive news from Interim President Dr. W. Franklin Evans.

The university, announced Evans, has exceeded its projected enrollment of 2,650. “As of today, August 26, we have 2,862 students enrolled,” Evans announced while giving his report.

The 8 percent increase means the university welcomed 212 more students. Evans said more are expected to enroll, noting final enrollment numbers will be sent to the S.C. Commission of Higher Education in September.

“I want to applaud the hard work of the team,” said board Vice Chair James Clark. It could have been much worse. This shows that there is potential for an uptick next year. We need to make sure we get ahead of the process.”

The slight rise in enrollment also resulted in a nearly $1.1 million increase in revenue for the university, reported Vice President for Finance and Management Edward Patrick.

Other financial positives announced to the board included a decrease in net loss, which Patrick said has improved by $7 million. In FY 2014, the university closed its books with $10.3 million in losses. According to Patrick, the university can expect a loss of $3.2 million in FY 2015. Patrick also informed the board that the university’s current ratio – which determines whether an organization has enough assets to offset liabilities – improved significantly, from .55 to .71. He quickly noted, however, that the ideal ratio is above 1.

“Even though we are not where we should be, it shows that the university is moving briskly in the right direction,” said Patrick following the meeting.

More students, specifically an increase in males, required additional housing. Just a few days before the start of Welcome Week, university officials opened Mays II, a residential facility that was taken off line late this summer to cut maintenance and energy costs.

The university continues to focus its priorities on ensuring South Carolina State maintains its accreditation and is removed from probation, Evans told the board.

A delegation from the university traveled to the Southern Association of Colleges and Schools Commission On Colleges (SACSCOC) headquarters in Decatur, Georgia to meet with representatives from the accrediting agency. Presenting a condensed timeline with a list of tasks to be completed, Evans informed board members that the university will welcome to campus a SACSCOC review team April 12-14, 2016. The hearing before the SACSCOC Committee on Compliance and Reports will be held June 2016.

In other board news, two trustees announced partnerships with industry and a sister- state institution.

Trustee Doris Helms is spearheading a partnership with Clemson University and South Carolina State University. Students from Clemson’s School of Architecture will collaborate with SC State students to develop a student-focused streetscape and beautification plan that will be considered for inclusion in the university’s master plan. More will be announced about the project in the coming weeks.

Trustee Donnie Shell, ’74, read a statement from an Electrolux executive announcing the company’s participation in the university’s Career Day Extravaganza, which will be held on campus October 14. Shell also mentioned possible internship and scholarship opportunities sponsored by the Charlotte-based company.

The board settled several legal issues. From advisement of board counsel, the university agreed to settle the lawsuit filed this past March by former university president Thomas Elzey against South Carolina State and members of the former Board of Trustees. The board agreed to payment terms of the balance owed to food service company Sodexho, and trustees formalized the university’s contractual agreement with Felton Laboratory Charter School, which leases its current facility from SC State.