You are here: Home / HBCUs / The Power of Teacher Education Programs at Minority Serving Institutions 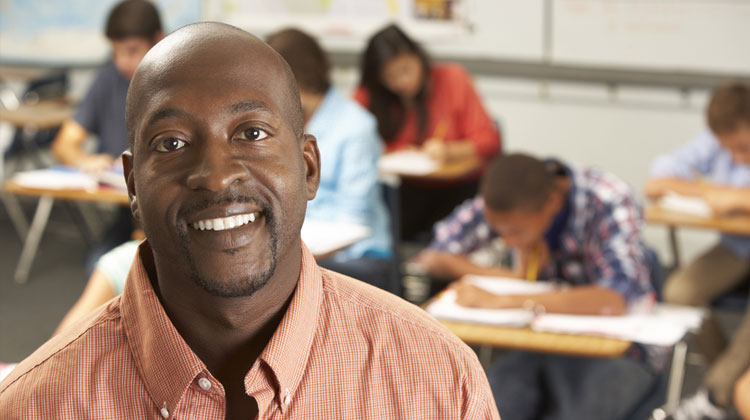 Increasingly advocates have raised concerns regarding the number of teachers of color throughout the United States. For example, while the majority of public schools educate students from ethnically and racially diverse populations more than 80% of teachers are White. The statistic is troubling because research suggests that some non-minority teachers have lower expectations for students of color. In addition, the school to prison pipeline punishes Black and Brown students who are unwitting victims of systemic barriers. Students are punished harshly for minor infractions including, “talking back to teachers” and arguing with classmates. In the past, teachers were taught to utilize behavior modification techniques designed to quell disagreements. Today those same behaviors could lead to a student being suspended or expelled. For this reason, recruiting, training and supporting the needs of teacher education students at Minority Serving Institutions (MSIs) is vital. Recently an event sponsored by Penn Center for MSIs titled, “National Convening on Success in Teacher Education at Minority Serving Institutions” highlighted the important role these post-secondary institutions play in strengthening the minority preservice teacher to practitioner pipeline.

For instance, Fresno State’s Mini-Corps program is evidence based and prepares teachers to work in bilingual communities throughout California. Similarly, Jackson State’s CALL ME MiSTER program seeks to prepare African-American males to teach in Mississippi. Both programs are designed to meet an immediate need in each state. Post-secondary institutions including Stone Child College located in Montana prepare Native American teachers to maintain cultural traditions and build strong relationships within the community. Institutions including New Mexico State developed a practicum program called Blocks that incorporates content knowledge and field experiences for preservice teachers. Each informative session focused on the strengths of MSI teacher education programs. Recognizing the role MSIs play in teacher education is important. Recently MSIs have come under attack from pundits who suggest that they don’t offer the same rigor as Predominantly White Institutions (PWIs). Presenters including current and former students provided a counter narrative that highlighted MSIs success preparing future teachers.

Throughout the convening Penn Center scholars including Marybeth Gasman, Andres Castro Samayoa, Alice Ginsberg and Lola Esmieu among others asked participants to challenge conventional thinking. Attendees participated in a contest to develop strategies and communicate the success of teacher education programs at MSIs through a hands on session. Throughout the discussion Marybeth Gasman encouraged attendees to consider how traditional and non-traditional platforms can help MSIs increase their visibility. This included conversations on how to utilize social media and work with internal and external stakeholders.

The convening providing opportunities for post-secondary institutions, foundations and various non-profit organizations to come together to discuss the importance of teacher diversity. Moreover, the organizers encouraged participants to develop partnerships and resources to strengthen university programs. Historically ethnically and racially underserved communities gain political and social capital when they work together to solve challenging issues including limited federal funding.

Overall the event created new linkages that will allow MSIs to collaboratively address the minority teacher shortage. Although MSIs encounter challenges they are the key to unlocking the potential of minority and underserved populations. A world without teachers from MSIs is not equipped to meet the needs of minority students. For this reason, government officials have to work closely with MSIs to identify barriers to increasing the number of minority teachers; including reexamining teacher certification tests to ensure they properly measure a candidate’s ability to teach. Researchers including Emery Petchauer (Michigan State University) and Lynnette Mawhinney (The College of New Jersey) raised important questions regarding the intersection of race and teacher standardized tests. Determining how we can support the needs of aspiring minority teachers will determine the nation’s future. Continuing along the same path could hinder efforts to prepare students in PreK-12 settings to develop 21st century workforce skills.