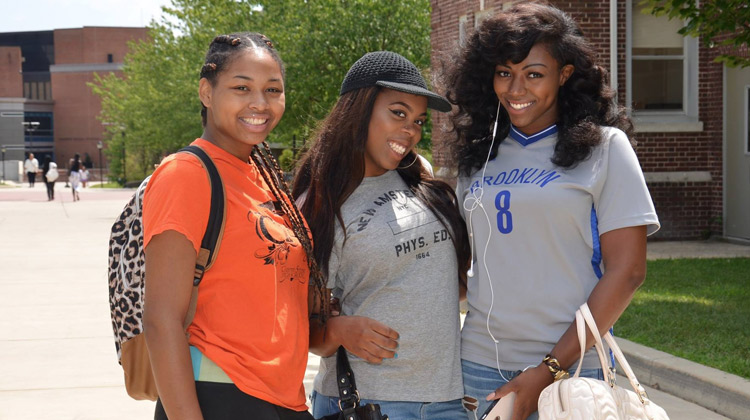 Nationally, many institutions are facing stagnant and declining enrollment. Since 2010, enrollment at Lincoln had steadily declined from 2,361 students to 1,819 students in 2014. However, current total enrollment, for both undergraduate and graduate, is now 1,905 students for Fall 2015.

“Our enrollment success is a tribute to the hard work and dedication last year of our Enrollment Management team and their commitment to access and equity for all students,” said Kimberly Taylor-Benns, associate vice president for enrollment management. “Lincoln University’s admissions leadership and counselors, have earnestly, examined and adopted some of the best practices in enrollment management, and it has resulted in increased enrollment. We are ecstatic and will continue to employ additional best practices to position ourselves for success in 2016.”

To access the 2014 University Fact Book for data from prior years, visit: http://www.lincoln.edu/research/factbook2014.pdf

Founded in 1854, Lincoln University (PA) is the FIRST of four Lincoln Universities in the world and is the nation’s FIRST degree-granting Historically Black College and University (HBCU). The University combines the elements of a liberal arts and science-based undergraduate curriculum along with select graduate programs to meet the needs of those living in a highly technological and global society. Today, Lincoln, which enrolls a diverse student body of approximately 2,000 men and women, possesses an international reputation for preparing and producing world-class leaders such as Thurgood Marshall, the FIRST African American U.S. Supreme Court Justice; Lillian Fishburne, the FIRST African American woman promoted to Rear Admiral in the U.S. Navy; Langston Hughes,the noted poet; Kwame Nkrumah, the FIRST president of Ghana; Nnamdi Azikiwe, the FIRST president of Nigeria and a myriad of others.