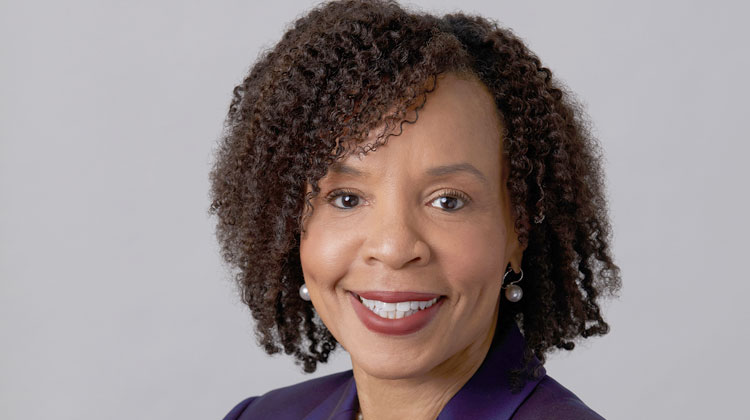 Godwin, who has been executive vice president of news at CBS News since 2017, will oversee editorial and business operations for broadcast, digital, streaming and audio news across the network, which includes trusted and iconic franchises “Good Morning America,” “World News Tonight,” “20/20,” “Nightline,” “The View,”  “This Week, ”  and FiveThirtyEight.

“Congratulations to FAMU Alumna Kim Godwin. The FAMU community is immensely proud of her accomplishment. Her hard work and excellence have carried her to the pinnacle of her profession as president of ABC News. This reinforces what we always tell our students: You can get anywhere from FAMU.  ABC News will be in good hands,” said FAMU President Larry Robinson, Ph.D.

The hiring makes Kimberly Godwin one of the most powerful African American women in broadcast media. She will join ABC News in early May.

“I have immense respect and admiration for ABC News,” Godwin said. “As the most trusted brand in news, they are to be commended for the extraordinary work and dedication of the journalists, producers, executives and their teams across the organization. I am honored to take on this stewardship and excited for what we will achieve together.”

As executive vice president of news, Godwin had top editorial oversight of news gathering worldwide for CBS News, including the national desks, foreign desks and bureaus.

In 2019, in addition to her executive responsibilities, Kimberly Godwin was charged with overseeing the launch of the re-imagined CBS Evening News with Nora O’Donnell. While executive in charge of the broadcast, Godwin managed all editorial and production aspects for the CBS Evening News and oversaw coverage for major breaking news stories including Hurricane Dorian, the mass shooting in El Paso, Texas, and O’Donnell’s exclusive reporting trip to the Texas-Mexico border.

During her 14-year tenure at CBS News, Godwin served as a top CBS News editorial leader in multiple key positions, including CBS News’ executive director for development and diversity and a senior broadcast producer of the CBS Evening News.

A fierce champion for inclusion and telling representative stories, in 2020,Godwin helped to develop and oversaw both the CBS News Race & Culture Unit and CBS Village, a multiplatform franchise to highlight content about diverse groups. She was recognized in November 2020 by the National Association of Black Journalists and the Medill School of Journalism at Northwestern University with the Ida B. Wells Award for her work in advocating for coverage of communities of color, building a diverse newsroom, and championing young journalists throughout their careers.

“Kim is an instinctive and admired executive whose unique experiences, strengths and strategic vision made her the ideal choice to lead the outstanding team at ABC News and build on their incredible success,” said Disney General Entertainment Content Chairman Peter Rice, Godwin’s new boss. “Throughout Kim’s career in global news organizations and local newsrooms, she has distinguished herself as a fierce advocate for excellence, collaboration, inclusion and the vital role of accurate and transparent news reporting.”

Before joining CBS News in 2007, the Panama City, Florida, native spent more than two decades as a manager and newsroom leader at some of the top local stations across the country.

In addition to being a veteran of network and local news, Godwin has spent time as a journalism educator. She was the interim director for journalism at the FAMU School of Journalism & Graphic Communication (SJGC) from 2004 to 2005 and an adjunct faculty member from 2003 to 2004, when she taught news writing, reporting and ethics. The 1984 graduate is currently the chair of the SJGC Board of Visitors.

Interim SJGC Dean Bettye A. Grable, Ph.D., describes Kimberly Godwin as a consummate, highly experienced, innovative executive media management professional whose leadership as the chair of the SJGC Board of Visitors is inspirational and goal- driven.

“She raised funding for our journalism programs and motivated other alumni to do the same,” Grable said. “Most importantly, Kim focused on helping students access and garner internships and jobs with some of the most respected award-winning global media corporations.”