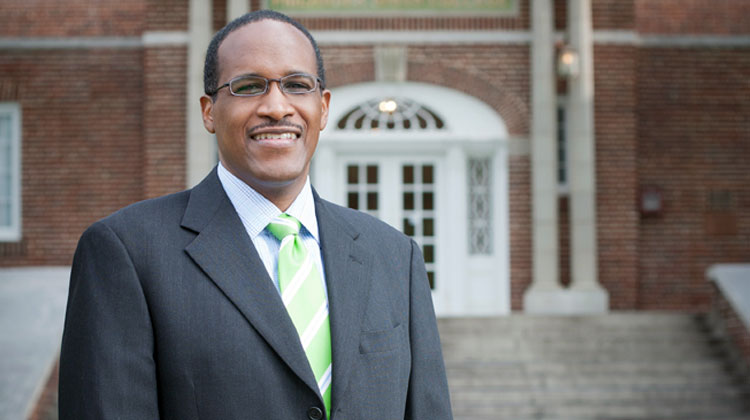 In September, The Washington Post published a letter from Dr. Walter Kimbrough as part of their article “Enrollments surge at historically black colleges amid rise in racial tensions”. In part, Dr. Kimbrough wrote

As we see young black people chant ‘Black Lives Matter’ in the streets, their actions clearly indicate that black colleges matter as well.

Dr. Kimbrough joined the HBCU Lifestyle Podcast for episode 40 to discuss his letter. The president of Dillard talked about the letter and how the current social climate affects black students.

Dr. Kimbrough has been recognized for his research and writings on HBCUs and African American men in college. He has also been noted for his active use of social media to engage students in articles by The Chronicle of Higher Education, CASE Currents, and Arkansas Life. Dr. Kimbrough was cited in 2010 by BachelorsDegree.com as one of 25 college presidents to follow on Twitter (@HipHopPrez).

A 1986 initiate of Alpha Phi Alpha Fraternity, Inc. at the University of Georgia, Dr. Kimbrough was the fraternity’s College Brother of the Year for the Southern Region and served as the region’s assistant vice president. Dr. Kimbrough is the author of “Black Greek 101: The Culture, Customs and Challenges of Black Fraternities and Sororities” and has forged a national reputation as an expert on fraternities and sororities with expertise in historically African American, Latino, and Asian Greek-lettered organizations.

Dr. Kimbrough was named the 1994 New Professional of the Year by the Association of Fraternity Advisors and he was selected as a 2001 Nissan-ETS HBCU Fellow. In 2009, he was named by Diverse Issues in Higher Education one of 25 To Watch. In 2010, Dr. Kimbrough made the coveted Ebony “Power 100” list, joining the likes of President Barack Obama, First Lady Michelle Obama, Jay-Z, Richard Parsons, Tyler Perry, Debra Lee, and Tom Joyner. In February of 2013, he was named one of the 100 African Americans making history today by NBC News/The Griot.

Thank you for listening