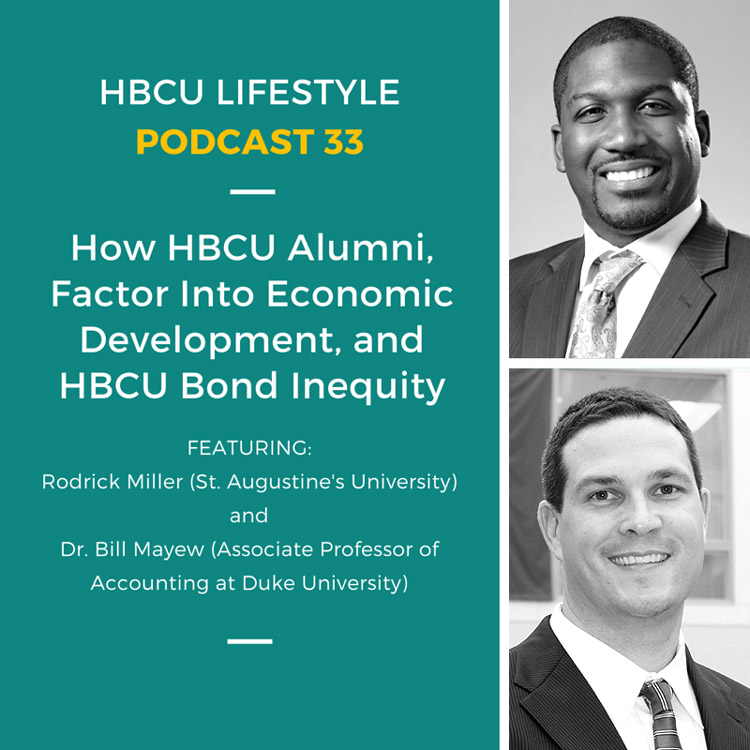 Amid discussions of HBCUs and financial equity, the HBCU Lifestyle Podcast digs into two areas not often touched. This edition kicks off with a conversation about how people of color, including HBCU alumni, factor into economic development. The feature interview goes into an area that many of have probably never even considered—bonds.

What role do people of color play in economic development? Rodrick Miller, the CEO and president of the Detroit Economic Growth Corporation, joined the HBCU Lifestyle Podcast to talk the ABCs of economic development. We took the conversation a step further and talked about the value that HBCU alumni bring to their communities.

Miller graduated from St. Augustine’s with a bachelor’s degree in International Business. A Fulbright Scholar, the multilingual Miller also earned his Master of Public Policy from Harvard.

According to a study, HBCUs pay more than colleges and universities of similar financial strength to issue bonds of the same value. The study, which was covered in April on Inside Higher Ed’s web site, was conducted by a team of four scholars. One of them, Dr. Bill Mayew, was a guest on the podcast.

Dr. Mayew is an associate professor of Accounting at Duke University, and he joined the HBCU Lifestyle Podcast to talk about the study’s findings.