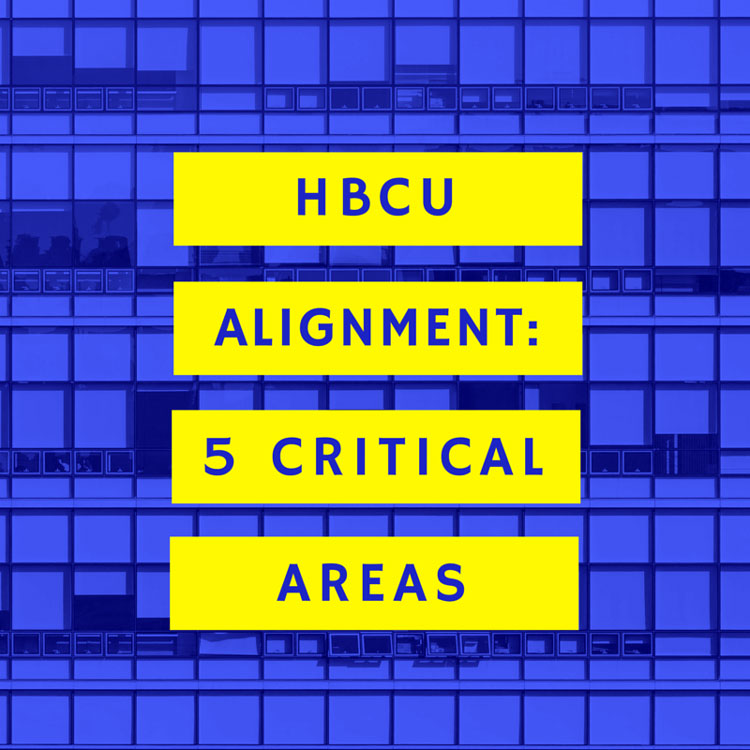 As a stalwart advocate and supporter of Historically Black Colleges and Universities (HBCUs), I have been thinking a lot lately about what ails this sector of the academy and what can be done to enhance its relevance, responsiveness and competitiveness. Although both critics and supporters tend to write and speak about HBCUs as a monolithic group, doing so undervalues the diversity of the sector and the need to reject the one size fits all approach to addressing the challenges that many of these institutions face.

Having spent some aspect of every day for nearly a decade focused on the well-being of HBCUs, I have found myself searching for an analogy that captures the essence of the problems they face. Alas, I think I found the perfect analogy from the days of my youth while growing up in the Arkansas delta in the 1950s and 1960s when everything from birth to death was defined by poverty and race. As a consequence of our low-wealth status, virtually nobody in my community ever bought a new car. A “new car” was, in fact, a used car that had been traded in two or three times by white owners and sold to black sharecroppers and subsistence farmers on credit and at inflated prices. Seldom was the new car paid for before it broke down and was of no use to the buyer. Yet, the seller refused to cancel the loan.

Nearly all of these “new” used cars had one problem in common: the body was out of alignment. Now, anyone who has ever seen or driven a car that’s out of alignment knows that it appears that the front end of the car is going to hit the oncoming traffic, while the rear end is running off the road! In addition to safety considerations, the lack of alignment posed other problems for the driver, such as irregular wear on the tires, a lack of headlight symmetry and steering difficulty, among other issues.

As I observe, read and reflect on the challenges confronting HBCUs, I have concluded that these institutions face a lack of alignment in at least five critical areas.

1. A lack of alignment between the vision of the president and the values and mission of the institution.

No matter how compelling the vision of the president may be, unless it is aligned with the mission of the institution and its needs, progress is limited at best and unsustainable for sure. The vision of the president, while important, is not enough. He/she cannot be all things to all people and must focus on the areas of highest need and priority no matter what disparate constituent groups might prefer.

2. A lack of alignment between the leadership style of the president and the expectations of the board of trustees.

While many, if not most, board members express a commitment to hiring a strong, independent and self-directed president, when such a person assumes his/her duties, discord follows shortly thereafter. Unfortunately, it seems that too many trustees want presidents to provide leadership in a manner not only consistent with what they believe should be done, but how they believe it should be done.

3. A lack of alignment between the curriculum/degrees offered and the needs of the domestic and global workforce.

Regrettably, too many institutions offer low quality vanilla-flavored degree programs based on faculty interests and expertise rather than the needs of students and prospective employers. Thus, too many students graduate with the required degree requirements, but not with the knowledge and skills required to compete successfully in the world of work. Discontinuing or modifying a degree appears to be one of the most difficult things for man
y faculty to do. If one were to examine the inventory of degree offerings at most institutions, I suspect they’d find that few changes have occurred in required courses since the degree was launched.

4. A lack of alignment between the focus of the president and the interests of the alumni.

It seems that many HBCU alumni want their alma mater to operate just as they remember it decades ago, except in loco parentis! Failure to operate in such a manner results in withholding financial contributions and the spread of negativism about the commitment and effectiveness of the president and his/her leadership team.

5. A lack of alignment between the president and the faculty, staff and students.

The vision, values and focus of the president notwithstanding, little gets accomplished and sustained without the support of those on whom the president depends for support. It is the faculty who teach and mentor students and staff who make sure their interests and needs are met at the highest levels of excellence and respect. Too often, out of necessity, if a program or service is discontinued, faculty and staff often view it as an affront to them and their needs. Yet, it is clear that institutions cannot be all things to all people and choices must be made about which programs could and should be supported.

The best way to ensure that HBCUs thrive is to make sure they are aligned along the lines suggested in this commentary. This alignment cannot be mandated nor legislated by presidents, elected officials or trustees. Rather, consensus must be pursued, nurtured and maintained by all members of the university. An important starting point is for all parties to practice the art of disagreeing without being disagreeable. Those who truly care about HBCUs must learn how to disagree without losing sight of the fact that the institution exists to serve the needs of students, not to provide paid or volunteer positions for employees or trustees – or to advance anyone’s personal agenda!

There is one thing for certain: Unaligned institutions may survive, but they will not thrive. Institutional alignment is the job of all key constituents rather than that of the president acting as a master mechanic.