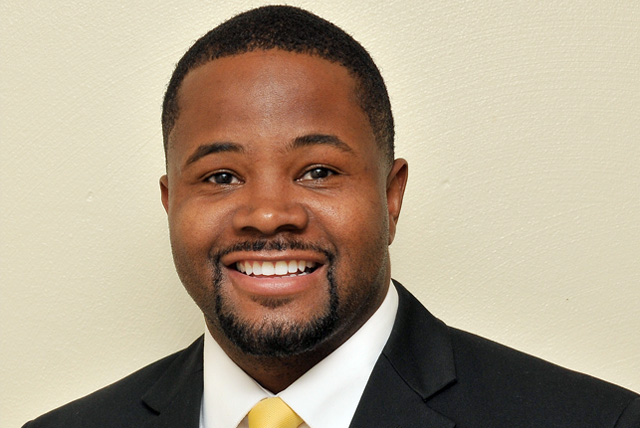 After a national search and with the active participation of the university and St. Louis communities, the Harris-Stowe State University Board of Regents has appointed Dwaun Warmack, Ed.D., as the university’s president, effective July 14, 2014. He brings more than 15 years of higher education experience to the position.

Dr. Warmack, a student-centered, customer service-oriented and transformational leader, became the vice president for student affairs on July 1, 2010, at Bethune-Cookman University (B-CU) at the age of 33, making him the youngest vice president in the school’s history. As of June 1, 2013, Dr. Warmack was promoted to senior vice president for administration and student services.

Prior to his current position, he was the associate dean of students at Rhodes College in Memphis, TN, where he had oversight of student affairs areas including judicial affairs, student activities, Greek life, new student and parent orientation and multicultural affairs. Warmack has also held positions at Western Carolina University in Cullowhee, NC, and Delta State University in Cleveland, MS.

All facets of the Harris-Stowe community were engaged in the search process and have strongly endorsed Dr. Dwaun Warmack. The search committee was headed by St. Louis civic and business leader Michael Holmes, president of Rx Outreach and a former top executive at Express Scripts and Edward Jones. The committee included representatives from the faculty, staff, student body, alumni and community leaders.

“The Board of Regents and search committee were impressed with Dr. Warmack’s strong record of collaboration and his ability to work with various university constituencies,” said Mrs. Cook. “We are confident he will build on the strong foundation at Harris-Stowe to create and achieve the excellence that our students and community deserve.”

Dr. Dwaun Warmack holds a doctor of education degree in educational leadership with specialization in higher education from Union University in Jackson, TN. He earned his master’s and bachelor’s degrees from Delta State University in Cleveland, MS.

Dr. Dwaun Warmack is affiliated with various professional organizations and has received numerous awards. Originally from Detroit, MI., he and his wife LaKisha have one daughter, Morgan.

“I am eager to work with the Harris-Stowe and St. Louis communities to strengthen recruitment and graduation rates, enhance alumni and community engagement, and position the university as a significant asset in a growing, thriving region. I have a special interest in improving the educational attainment of African-American males, but I am also committed to Harris-Stowe being a beacon of opportunity for all students. ”

Harris-Stowe State University, located in midtown St. Louis, is a fully accredited four-year institution that offers 14 degree programs in teacher education, business and arts & sciences. In 2013, HSSU ranked No. 1 in the state in degree production of African-Americans in mathematics (Missouri Department of Higher Education). The university, which has been in existence for more than 150 years, offers the most affordable bachelor’s degree in the state of Missouri.