You are here: Home / HBCUs / Changing the Way We Celebrate Black History 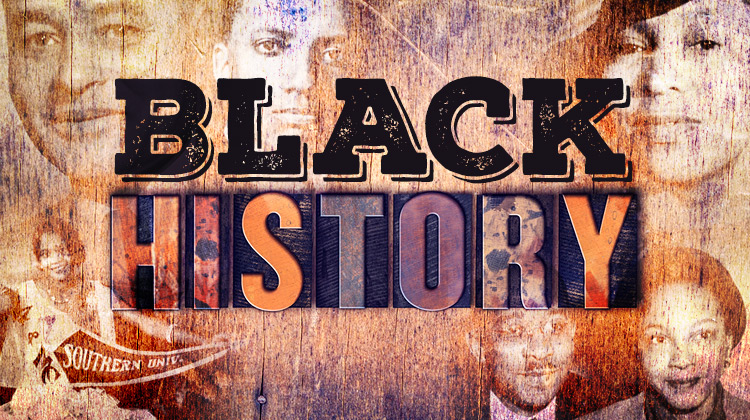 It’s time to reconsider how we celebrate Black History Month. As a Baby Boomer who grew up in the Deep South during an era of segregation, I have vivid memories of what we used to call Negro History Week. In my day, we had to take courses in Arkansas history. Yet neither this nor our other history classes included the contributions of blacks in history. During the shortest month of the year, in our all-school assemblies, our history teachers talked to us about the contributions of Negros, as we were called then. In sixth grade, I remember winning the Negro History Month quiz by correctly answering the question, “Who was the first Negro to win the Nobel Peace Prize?” In case you don’t know, it was Ralph Bunche, and his diplomacy and intellect set a high bar for us, at a time when even the possibility of a black president felt like an impossible dream, though our teachers didn’t tell us that. They expected the best from us. My prize for winning the quiz was a toiletry kit with toothpaste, a toothbrush, deodorant, a ruler, and two pencils!

In the many years since, I’ve been bothered by the way we celebrate Black History Month. We segregate February from the rest of the year and fill it with public celebrations, commemorations, and speeches that often lack in breadth and depth. These rituals of remembrance are important, but they do not absolve us of an obligation to learn, know, and benefit from the history, culture, and traditions of African Americans and those of African descent.

From this point forward, we should commit ourselves to three things:

1. Learn more about the history of our families and our communities where we grew up and where we currently reside.

History is not some hallowed high ground; it’s all around us, in the stories we pass down at family reunions, in the memories we share with each other. Every person is the potential subject for an oral history interview. Talk to your grandparents and siblings. I challenge you to become a History Sleuth!

We can’t celebrate the history we don’t know. We often limit history to the important markers on a timeline, such as the Emancipation Proclamation, the Civil Rights Movement, and now, the election of our first African American president. But history is not only made of landmark events; it is made of ordinary people who struggle each and every day for a cause greater than themselves. Their long, slow, collective struggle is what brings about the landmark events we read in history books. Knowing that history is created by people over time empowers you and builds self-confidence, so that you can also bring about the change you want to see in the world.

3. Commit ourselves to a deeper understanding of the intersection between history, sociology, psychology, anthropology, and literature.

Instead of seeing history as a separate and discrete discipline, like mathematics, we must realize that history is a multidisciplinary field that draws on so many others to help us better understand where we’ve come from and where we’re going. For example, the recent change in Barbie’s appearance is making history: a loss in market share led to the realization that Barbie should resemble the diversity of people who buy the doll. Yet research on the impact of dolls began back in the 1940s, led by the pioneering black psychologists Kenneth and Mamie Clark in Harlem, who used dolls to study children’s attitudes about race, and this struggle to counter Barbie’s dominance also included work by author and anthropologist Zora Neale Hurston, who wrote the canonical novel Their Eyes Were Watching God

, and who contributed to the development of a black doll in the 1950s.

You don’t need a degree in history to do any of these things. Every family can read and discuss topics on black culture, tradition, the black church, community organizing, and what we see on the news. Just as music is a universal language of humanity, and you don’t need a degree in it to appreciate it, history is the common denominator of persons across ethnic, racial, and geographical boundaries.

We now have a month dedicated to diverse groups, such as Asian Americans and Pacific Islanders, women, Native Americans, and the GLBT population. But does that mean that outside of those respective months, we are free to ignore the important contributions of these various groups? The same should be true of the vital contributions made by blacks around the world across the ages. In the words of the legendary black scholar and historian Carter G. Woodson, “We should emphasize not Negro History, but the Negro in history. What we need is not a history of selected races or nations, but the history of the world void of national bias, race hate, and religious prejudice.”

It’s time to change the way we celebrate black history. Let us commence by committing ourselves to an integrated, continuous exploration and celebration of black history and culture reflected in textbooks, the media, and society at large—throughout the year. I call upon HBCUs to lead the way!