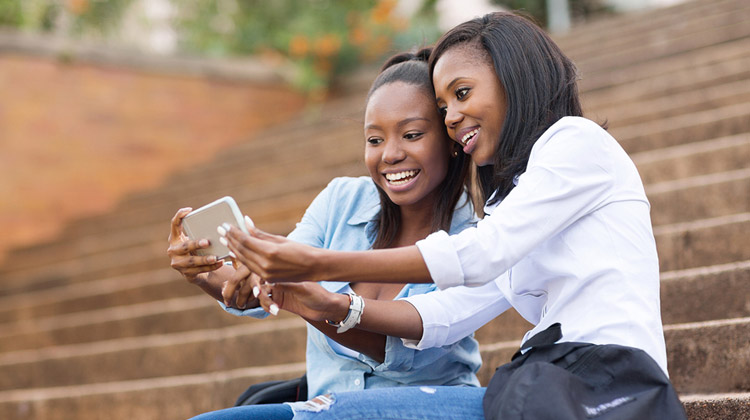 According to Zillow reports, roommates aren’t just for your college years. The housing report found that by 2012, as many as 32% of adults were living with a roommate. Learning to be a good roommate early on is going to be a benefit to you now and prepare you for the future.

Keep in mind that both you and your roommate are learning valuable skills in sharing space with another person. Rather than suffer through a downgrade to the space and privacy you’ve been used to, learn to look at your roommate as training wheels for the shared spaces you’ll be inhabiting as you grow into your adult life. The communication techniques you craft with a roommate are very similar to those you’ll use when you share an office with a co-worker or your home with a spouse or children. Make this time work for you and practice developing the communication and compromise skills that you’ll use for life.

Here are the 5 agreements to roommate peace:

“We will respect our food agreement.”

Some roommates run their kitchens like an office fridge on the simple rule that if you bought it, it’s yours. Others have shared common items like coffee creamer, butter, etc., but the big ticket items aren’t communal property. Some grocery shop together and split the bill. Most roommates do a combination of these. It’s easier if you’re just sharing a space with one person, but if you’re sharing a house or larger apartment with several people, it becomes impractical for the fridge to contain duplicates of everything. So what do you do? Have a conversation with your roommate about your food feelings. If walking in on your roommate with a mouthful of your snacks is going to send you into a rage, mention it before it becomes an issue. If you are cool with a roommate helping him or herself to your food every now and then, but finding yourself out of coffee creamer in the morning ruins your whole day, speak up! It’s better to let it be known directly than address it later on when it comes attached to resentments.

“We will have a plan for cleaning.”

Even if both you and your roommate are naturally clean people, have a talk about cleaning early on. School and work obligations are going to creep in and you’ll find that your time is a precious commodity. Some roommates stick to the chore wheel — a rotating graph outlining specific tasks to be completed on certain days, with each roommate accountable. Some designate “cleaning days” where it’s a communal effort. Most successful roommates have a strict “wash your own dish” policy. If you have a small space, consider splitting the cost of a professional cleaner every few months.

“Roommates have a greater say and priority than guests.”

Have a candid conversation with your roommate about how he or she feels about having guests over. If you’re both social animals, cool! But if your roommate wants your space to be a haven of study and solitude, be respectful of it. Keep in mind that you have countless places to socialize, but your roommate only has one place to go home to. It’s courteous to work out a way for your roommate to let you know if he or she wants people to leave without needing to come across rude. Work this out ahead of time and be prepared to respect it when the time comes. This includes a plan of exile when one of you meets someone special and needs a little private time. It’s a bit of an awkward conversation now, but when the time comes, you’ll be glad you addressed it.

“We will be transparent and open about bills.”

Whatever the math is and however you break it down, it’s best to be open and honest with your roommates. If you’re living on campus, there won’t be much of an issue, but if you’re renting an apartment outside of the campus system, you’ll likely be responsible for electricity, gas, internet, and cable, as well as a security deposit. Have an open conversation about how to handle this. If your roommate paid the security deposit, are you going to give him or her a check to cover half the amount? What happens if one of you moves and the other stays? If your roommate doesn’t want to pitch in for cable, are you going to be upset when you come home to find him or her watching your premium channels? If you are in a tighter financial squeeze than your roommate, consider offering non-monetary payments for some of the extras: if your roommate is shelling out for the high-speed wireless and Netflix, what if you pledge to do a weekly laundry load of towels or fridge cleaning? Have an open conversation about the way you expect finances to go and make it clear that you’re both free to re-open the issue any time.

The tradition of roommates leaving passive-aggressive notes may be a tradition as old as the written word, but it’s a terrible idea. You might feel a cathartic release as you craft the perfectly scathing Post-It Note to tape above the garbage bin, but the instances of your nasty note having a positive effect is exactly zero. The same goes for confronting your roommate in front of an audience. It’s childish and will put both of you on the defensive. Your goal isn’t to win– it’s to compromise and find a solution together. Face-to-face private conversations are usually the best way to handle this, but a diplomatically-worded email or text can give you both time to cool off before responding if it’s likely to be an emotional issue.