It’s back – the polls are open and tickets are on-sale now, for the 2014 Honda Battle of the Bands Invitational Showcase. For 12 years, the top Historically Black Colleges and Universities (HBCU) marching bands have participated in this music performance program, which begins with a month-long voting process where fans help determine which eight bands will make it to the Invitational Showcase, held at the Georgia Dome in Atlanta, on January 25, 2014.

Fans can purchase tickets starting at $10 and begin voting for their favorite participating HBCU marching bands now, by visiting HondaBattleoftheBands.com, until October 9, 2013 at midnight Eastern.

“The Honda Battle of the Bands is committed to showcasing and supporting our nation’s HBCU music education programs,” said Gina Jorge, head of Multicultural Marketing for American Honda Motor Co., Inc. “Over the last 12 years, music fans from across the country have witnessed incredible performances by these marching bands, and they somehow raise the bar on showmanship each year. We are honored to continue our support of these academic institutions by providing the opportunity to display their talents at the Invitational Showcase and earn a grant for their music education programs.” 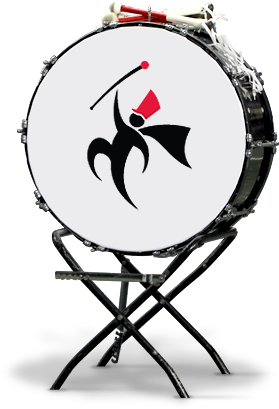 To join the conversation, fans can connect with the Honda Battle of the Bands via social media by using the official hashtag, #HBOB, and keep up with all of the 2014 program announcements at:

For more information on the 2014 Honda Battle of the Bands, visit HondaBattleoftheBands.com.

About Honda
American Honda Motor Co., Inc., was founded in 1959 as the U.S. sales and marketing subsidiary of Honda Motor Co., Ltd. Honda currently produces automobiles, motorcycles, all-terrain vehicles, lawn mowers and engines at its eleven major U.S. manufacturing operations, using domestic and globally sourced parts. Honda’s long-standing commitment to the support and success of the nation’s Historically Black Colleges and Universities began more than 20 years ago with the establishment of the Honda Campus All-Star Challenge, a program designed to showcase the academic gifts and prowess of HBCU students. American Honda established Honda Battle of the Bands 12 years ago as an effort to support HBCU music programs.