You are here: Home / Current Students / College Life / 10 Things Guys Can Do To Be An Advocate For Women’s Safety 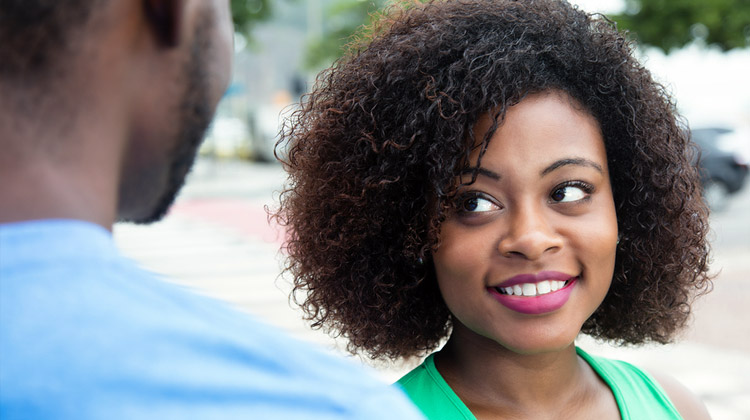 The reports on how safe women feel on campus vary widely between colleges. But even if many women report generally feeling safe at your college or university, there’s still plenty of room for guys to be a strong ally for women’s safety.

Here are a few ways to get started with advocating for women’s safety on campus:

Make it very clear that your offers for help are unconditional.

When you make offers to be an advocate for women’s safety, make sure that you are doing it for the right reasons and you’re making your reasons known. A great way to do this is to make sure that you’re timing your offers correctly; after all, an offer to drive a woman home when it’s 3am could be intensely threatening and scary to her, even if your intentions are good. But a casual offer at 7pm when everyone’s sober and the night is young is a much more allied approach. Better yet, check to see if there’s a student-run safety committee you can join.

Make your offers to help private.

The last thing you want to do is make a girl look weak or like a ‘damsel in distress.’ This is particularly true if you’re in an academic setting where she’s likely working hard just to be taken as seriously as the guys in her field. Rather than call attention to your offer, talk, text or email her privately. If she rejects your offer, don’t persist— trust that she’s got it figured out.

Offer to walk with female friends and acquaintances at night.

A walk in the dark home from a party or to a car at the end of a long night isn’t just an opportunity for danger, but it’s also a nagging worry that women are forced to contend with. Offering to walk with a girl is a great way to be an ally. Write a brief note saying something like, “I know we’re working late this week and it’s a long walk from the lab to your car. If you’d like a buddy to walk you there, please don’t hesitate to ask.”

Speak up when you hear other men promoting a culture of violence against women.

Men will often listen to other men, so you have a unique privilege to call the actions and words of other men into question. Is a guy friend bragging about pushing a girl further sexually than she’d agreed to? Tell him you are disappointed that he didn’t respect her boundaries. Just by letting another guy know that his actions aren’t universally accepted as appropriate can be a great way to empower change.

Offer to drive or call a Lyft or Uber for a friend who’s had too much to drink.

As a general rule, women process alcohol more quickly than men. A smaller frame and a culture around alcohol that encourages women to really let loose around booze can spell trouble. You’re not there to police women’s alcohol intake or chide a girl for drinking, but you can do your part to mitigate her risk. Privately let her know that you’re happy to call a car for her or make sure she gets home safely. If she is determined to take public transportation, offer to ride with her.

What do you do if you’re with a friend who’s had too much to drink and you’re worried about her safety or decision-making ability? It is not your role to police her actions, make demands of her, or shame her for her decisions. But if you’re nervous about an intoxicated friend, a great way to get them to put on the brakes is to suggest getting late night fast food. Because of the way alcohol affects the brain, lots of drunk people get strong cravings for greasy food. Bonus, it’ll help with tomorrow’s hangover.

Offer to be on-call for a friend on a date or at a party.

If you have a close female friend, offer to be on-call for her if she needs help. Offer to her to let you know the address of where she’s going and have an agreed upon “call for help” signal. This could be seemingly innocuous phone call— i.e.: she calls you and says, “I can’t talk now, Dad, I’ll call you tomorrow,” to let you know it’s time to show up and help her out of a bad situation. Just make sure that if she’s counting on you, you are available and ready to drop everything at a moment’s notice.

Distract the other guy.

If you see a woman at a party who seems like she’s stuck getting unwanted attention from a guy, try distracting the guy instead of asking the girl if she wants help. Women are conditioned practically from birth not to cause a scene and if she is uncomfortable with the guy, the last thing she’ll want is to have another guy feeling like he’s entitled to her attention from ‘rescuing’ her. Instead, distract him! If she’s uncomfortable, it gives her time to slip away. If not, she’ll wait. An easy way to do this is the fake-mistake: “Hey, don’t we have Contemporary Art History together on Thursdays? You said something hilarious in class last week, what was it?” By the time he assures you that you’ve got the wrong guy, the girl’s had a chance to make her escape if she needed to.

Make sure you aren’t overstepping your role.

Make sure you check yourself that you’re not doing anything that is coming across as condescending, parental or concern trolling. Check yourself for White Knight Syndrome — seeking approval from women by “rescuing” them from themselves or an outside force. A true ally’s motives are driven by equality, not chivalry.

This is straight up the most important thing a guy can do to learn how to be a good ally for women. Pay attention to what women are saying, whether it’s about a climate of casual sexism in a certain department, creepy advances from an RA, or not feeling heard or respected when speaking up in class. Listen to what the women around you have to say and ask what you can do to be supportive.