You are here: Home / Current Students / College Life / College Survival / Tips for HBCU Students to Stay Safe While at College 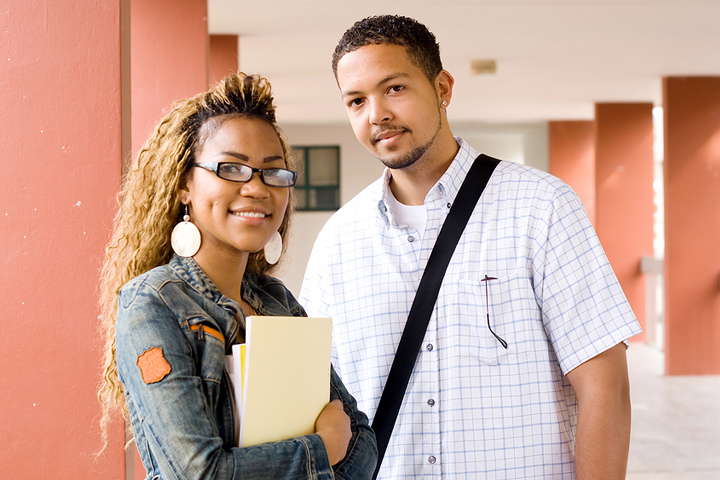 Unfortunately, that mantra is increasingly being used by students heading off to college. Those sentiments are echoed by their by parents and other love ones.

Let’s not put our heads in the sand. The truth be told, there is no such thing as a one hundred percent safe place in America. In what you would think would be one of the safest places in America is no longer the case. Going back at least twenty five years there has been a significant increase in violence on American college campuses. HBCUs have not been spared.

Fortunately, ‘knock on wood’, HBCUs have not experienced the types of mass shootings that have occurred at predominately white institutions such as Virginia Tech. The violence at HBCUs typically involves a non-enrolled person and an enrolled student. The majority of these confrontations take place off-campus. Sad to say, many of these confrontations involve gun play.

Shootings will always make the headlines, but just under the radar one can find another type of violence that deserves a lot more attention. Domestic Violence. Domestic violence at HBCUs more often than not will be an on-campus confrontation. Typically, but not solely, domestic violence evolves around an enrolled woman and a non-enrolled man. The woman will have traveled to a new life in college. The old boyfriend is left behind in their hometown. She meets a new guy in college and the two create a relationship. The guy left back home hears about the new relationship through the grapevine or she will call him and tell him about her new found love. The old boyfriend sometimes will accept the new reality, but sometimes he will react with jealous rage. The legacy of this latter type of reaction is that the old boyfriend will travel to the campus and confront his now ex-girlfriend. In too many instances the confrontation will turn to violence. The woman will most likely suffer the worse of these types of confrontations.

Domestic Violence Safety Tip – Any woman who has left a relationship, but is now receiving threatening language from an ex-boyfriend should avoid any type of personal contact with the individual. Do not allow yourself to pulled into any type of one on one meeting with the individual. If the threats heighten, do seek a restraining order from the local states’ attorney office. But keep in mind, a crazed, raging mad guy will not pay much attention to a restraining order. Pull together a group of friends, and travel in groups while the threat is still imminent. But sure to include a couple of guys in your group.

While On A Date

The third type of violence found on all colleges campuses is called ‘date rape’. Even with the adjective date added to the phrase, it is still a crime. Many unsuspecting women can become a victim of this crime in a flash of a moment. When on a date with a man who begins to make unwanted advances and/or make inferences to your sexuality, you should know that he is interested in engaging in some sustained sexual activity with you. If you have no desire or intentions of engaging in sexual activities with the guy, you must immediately speak strongly and clearly of your lack of interest.

Dating Safety Tip – If your date continues to talk and act aggressively towards you, you should end the date immediately. When on dates away from the campus, be sure to carry enough cash on you to be able to call a cab to get back to your dormitory. Additionally, when you are in a club or party, be wary of accepting drinks that you did not see the bar-tender mix. And never leave your drink unattended. Many date rapes start with drinks that have been spiked with an illegal drug such as Rohypnol (“Roofie”).

A fourth type of crime commonly found on HBCUs campuses is called Hazing. Many organizations on HBCUs require its new members to subject themselves to some type of physical and/or verbal abuse. Just about every state in the union has passed some type of anti-hazing law. It is a third degree felony to engage in any type of hazing.

Hazing Safety Tip – If you find yourself involved as a prospective new member of an organization, involved in any type of hazing, resign from your prospective membership in that organization. Report the hazing activity to a ranking member of the school’s administration.

The fourth type of crime found on HBCU campuses and everywhere else nowadays is called identity theft. Organized criminals have targeted senior citizens and college students as easy prey. Why? Senior citizens are less likely to be paying close attention to their financial activities because the sharpness of their minds have dimmed. College students are so busy engaging in school and social activities that they don’t give the proper attention to their financial instruments and documents. All colleges provide students with college identification cards that have been loaded with all of the student’s critical personal information. The criminal who steals or gains control of your card can create a identity theft nightmare. Ditto for stolen credit and debit cards.

Identity Theft Safety Tip – Make sure you secure all personal financial documents and instruments at all times. A special emphasis is placed on making sure your roommate or other students do not have access to the security of your financial documents and instruments. Do not allow anyone to use your credit or debit cards without your presence. Do not give your student I. D. number to anyone. If you believe you have been victimized as a result of identity theft, stolen credit cards, Or student I. D. card, immediately contact the campus police, the local police, your credit card companies, the three major credit reporting agencies, and the Federal Trade Commission.

The college experience should be a great and rewarding. A combination of staying alert, having fun, and striving to reach the highest level of achievement, will help you reach your goal.

So…Stay Alert…and your college years will be filled with many fond memories.