You are here: Home / List of HBCUs by State / Clark Atlanta University: An HBCU Lifestyle Guide

The main campus is located in the heart of downtown Atlanta, with more than 35 academic, administrative, and student support buildings that are spread out over 126 acres of land. Due to its central location, Clark Atlanta University is accessible from all major freeways in the area, including I-20, I-75, I-85, and I-285 of the State and Hartsfield Jackson International Airport. 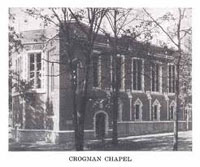 In 1865, Atlanta University was founded by the American Missionary Association to teach African-American students. A few years later, Clark College was founded by the Freedman’s Aid Society of the Methodist Episcopal Church to educate freed slaves.

Over the course of the next three decades, Clark College and Atlanta University began granting bachelor’s degrees to black students throughout the American South. During the 20th Century, Atlanta University added graduate degrees and professional training to its list of academic programs, building a stellar reputation as the nation’s oldest graduate institution for a predominantly African-American student body. 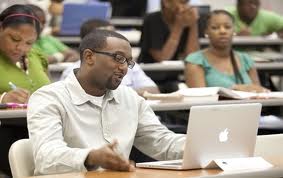 As an NCAA Division II Southern Intercollegiate Athletic Conference member, the University provides a wide range of athletic opportunities in varsity sports, including baseball, basketball, football, track & field, cross-country, softball, tennis, and volleyball. But there is so much more to CAU than its sports programs: the university’s marching band, the Mighty Marching Panther Band, and its dance line, the Essence of CAU, are some of the most recognizable student groups on campus; in addition to their performances during Clark Atlanta University football games, the Mighty Marching Panther Band and the Essence of CAU were featured in the 2002 movie Drumline.