You are here: Home / List of HBCUs by State / Alabama State University: An HBCU Lifestyle Guide 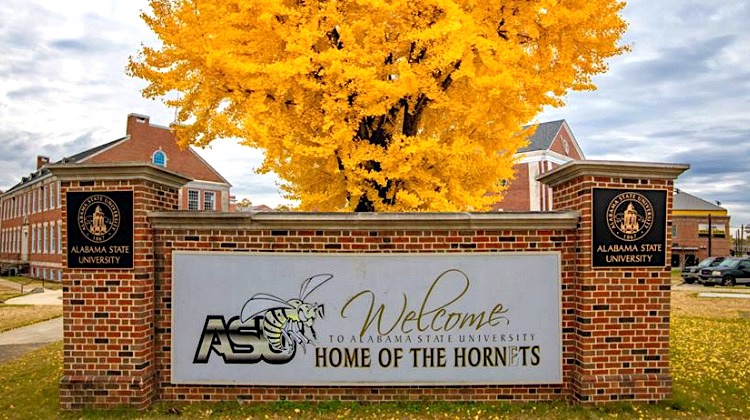 Alabama State University was founded in 1867 when a coalition of black Southerners, Northern missionaries, and African-American church leaders was formed to start a school for former slaves. Under the leadership of nine freedmen, who are now known as the Marion Nine, the Lincoln Normal School opened its doors with only $500 in donations. Now ASU is one of the nation’s oldest institutions of higher education, founded by and for black Americans. With nearly five-thousand undergraduate students enrolled in 31 Alabama State University majors, a sprawling campus and several NCAA Division I sports teams, ASU will continue to raise the bar for historically black colleges and universities throughout the United States.

Alabama State University is located in Montgomery, Alabama on a beautiful 395-acre campus. The lush landscaping, historic landmarks, and state-of-the-art facilities are a

testament to ASU’s proud past and bright future. The campus is also close to the state capital and downtown Montgomery, including venues like the Civil Rights Memorial Center, Rosa Parks Museum, and Montgomery Museum of Fine Art.

On November 13, 1867, the Lincoln School opened its doors in Marion, Alabama with 113 students. Less than a decade later, it became the nation’s first state-sponsored liberal arts institution for the higher education of blacks; this was the beginning of ASU’s rich history as a “Teacher’s College.”

In 1887, the school moved from Marion to Montgomery, where it was forced to change its name to the Normal School for Colored Students. Over the course of the next century, the institution would evolve into a junior college, four-year college, and eventually, a full-fledged university. It would also receive a new name: in 1969, the State Board of Education approved the decision to call the school Alabama State University.

One of the most prominent features of ASU’s campus is Hornet Stadium, where the Alabama State University football team plays alongside the Mighty Marching Hornets, ASU’s marching band, and the Stingettes, ASU’s auxiliary dance team. The HoneyBees, ASU’s plus-sized dance squad, has become one of the most recognizable groups at the university, with national press coverage and a spectacular performance on America’s Got Talent.