You are here: Home / List of HBCUs by State / Fayetteville State University: An HBCU Lifestyle Guide 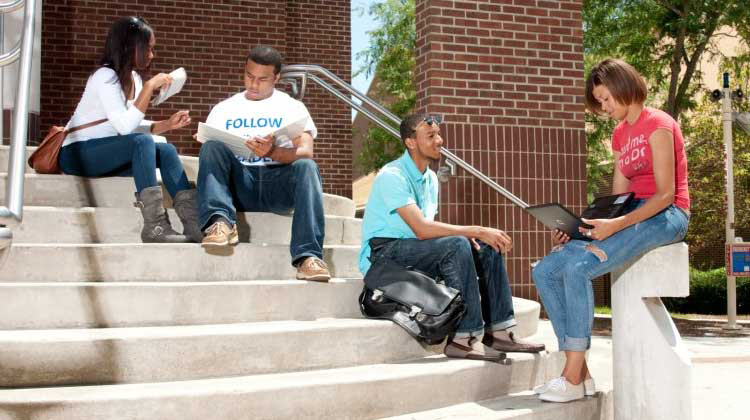 Fayetteville State University (FSU) is a historically black university in Fayetteville, North Carolina; as a respected school in the coastal south, FSU is also part of the University of North Carolina System and the Thurgood Marshall Scholarship Fund. From its rigorous academic programs to the enduring legacy that its founders have left behind, this guide will give you an inside look at the history, people, and culture that make Fayetteville State one of the best public HBCUs in the region.

Fayetteville State is located in Fayetteville, North Carolina’s most inland port. The FSU campus is in the heart of the city, with updated classrooms and state-of-the-art facilities for students, faculty, and researchers. Fayetteville is also 50 miles away from Raleigh and less than 100 miles away from Wilmington and the Atlantic Ocean; FSU students are within driving distance of many of the beaches, mountains, and cities in the coastal south, and they participate in a wide range of cultural and recreational activities in the area. There are multiple events for them to choose from, including the mid-April Dogwood Festival and Parade, exhibits at the Museum of Cape Fear, and performances at the John F. Kennedy Center.

In 1877, the Howard School became the first state-sponsored institution for the education of African-American teachers in the South. By 1939, its name was changed to Fayetteville State Teachers College, and thirty years later, it would finally become known as Fayetteville State University.

Fayetteville State offers a world-class education to undergraduate and graduate students from all 50 states. With 43 bachelor’s degree programs, 23 master’s degree programs, and a doctoral program in education leadership, it’s no wonder that FSU consistently ranks among the nation’s top producers of African-American baccalaureate and master’s graduates.

The admissions process is flexible, and admissions representatives are trained to find, recruit, and uplift the next generation of African-American and minority leaders. With a 60% admissions rate and financial aid for disadvantaged candidates, FSU has plenty of opportunities for aspiring students who want to make their mark on the world.

As part of the Central Intercollegiate Athletic Association (CIAA), Fayetteville State University Athletics has a wide range of NCAA sports that students can participate in. With men’s football, basketball, cross country, track, volleyball, softball, tennis, and bowling teams, the Fayetteville State Broncos have one of the most diverse Division II programs in the state.