You are here: Home / Current Students / College Life / Knocking Down The Walls: One In A Series [Commentary]

CAN HBCU STUDENTS HELP SOLVE THE PROBLEMS OF BLACK AMERICA?

They most certainly can…if they choose to do so.

Documentary filmmaker Stanley Nelson has put together a moving and powerful account of a mass movement of thousands of mostly students from various colleges and universities engaged in a battle to knock down the walls of resistance to public accommodations in the Deep South during the early 60s’. While the boots on the ground consisted of a variety of students and non-students, the paratroopers and ground level command structure consisted largely of students from Historically Black colleges and universities. Nelson’s documentary, ‘Freedom Riders’ is currently in play mode on PBS stations around the nation.

HBCU Students were at Core of the Civil Rights Movement

Shadowing the Freedom Riders was another movement, which was invented by students from HBCU’s. This movement, not unlike the Freedom Riders movement was an assault on public accommodations laws in the southern states. Public accommodations restrictions in largely
variety stores were the target of this movement. Hundreds of students from HBCU’s began sit-ins at lunch counters in stores in towns and cities where HBCUs were located.

A restless generation of students from HBCUs still yet during the same time era as the two aforementioned movements helped develop and solidify another movement. This movement would be identified as the ‘right to vote’ movement. Something as basic as being able to enter
a voting booth and cast a ballot were denied Black citizens in the Deep South. But once again, students from HBCUs with assistance from students from northern universities punched a hole in the wall of resistance and the last major obstacle to sovereign citizenship for Black people in the Deep South.

Fast forward to the 21st century and some new walls have developed for Black people…walls some would say that are partly of our own making.

Knocking down these walls will require no less than the same amount of energy, effort, and enthusiasm that took down the walls of resistance in the 60s’.

The assault on these walls I declare should be led by students of HBCUs, but not to the exclusion of others who might want to joint in this new movement.

Will the Real HBCUs Please Stand Up? 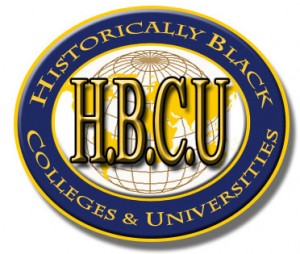 Students from HBCU’s are the ‘talented tenthers’ of this time and place in history and should want to give back to their communities. This movement to knock down walls will not require any marches, demonstrations, sit-ins, etc. Just a strong personal commitment to changing a few social, political, and economic orders that are preventing advancement for a select group of people.

So what are these walls that are requiring new movements. Well, there are the walls of illiteracy, walls of high unemployment, walls of Black on Black crime, walls of political disenfranchisement, walls of economic depravation, walls of inadequate access to quality healthcare – just to name a few.

Well you can start several movements at one time, but in my estimation it is better start one, gain some success and move on to the next movement.

One of the easiest walls to assault I believe is the wall of illiteracy. Why? Because there are large amounts of material and financial resources already in place to attack this problem. What is missing is large numbers of volunteers to make use of these resources.

The wall of illiteracy is a major obstacle for many Blacks in their endeavor to make a better way for themselves. There are large pockets of illiteracy in Black communities all across this country.

A recent study found that Detroit Michigan had the highest adult illiteracy rate amount all U. S. cities. The rate – Forty-Seven Percent. I could write a treatise on why Detroit became the city with the highest illiteracy rate in the country. But instead I will tell you what the cumulative
effects of having a high illiteracy rate – limited employment opportunities, high crime rates,
deep-seated hopelessness, and hardened fissures within the community.

I am thinking of a five-year literacy campaign starting in Detroit in 2012. This first step in building a movement will bring not less than a thousand students from HBCU’s and other universities for a summer literacy campaign that will run from May through August. The campaign will continue for five consecutive years or until Detroit’s illiteracy rate has dropped to a low single digit.

How many of you are willing to give back one summer vacation to help a community in desperate need of a break from spiritual insolvency.

Let us know on Twitter or Facebook your thoughts on creating a new set of movements starting in Detroit.