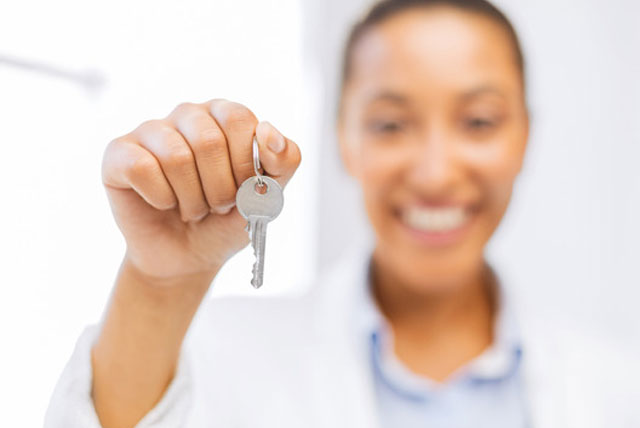 What do you want in an apartment?

Before you even start the search, it’s important to narrow down what you’re searching for. Not with the budget (oh, the budget…) but in terms of what you want from the apartment itself. You can’t have everything you want, but if you’re clever, you can have most of it. The trick is to prioritize what categories matter the most to you for the proper price.

First, think about what you’re most willing to sacrifice. “Sacrifice” isn’t a pretty word, but if you decide on what you’re willing to compromise on, the rest of the process won’t be nearly as scary. Try to think about your personal style. If you spend most of your time outside of the apartment, you can sacrifice on size pretty easily. Same thing for if you’re a creative type, or if you spend a lot of times on screens. I’m a writer, and all I need is a desk and a laptop to be happy at home; I compromised on space, and I’m happy as can be.

Next, think about what you bring to the table. Do you live in a spread-out campus? Think hard about what places should be most convenient. Now might be the time to decide between the library or the campus bar as your go to (I’d pick the bar to be near; you can always drive to the library, but driving to the bar is a drag.) Similarly, it’s important to factor in weather. In Boston, you aren’t walking for half the year. Seriously. So if you’re at a North-east school, really think about what a “ten minute walk” is going to mean in December.

So, now that you’ve narrowed it down- you have the general location in mind, and you know what you’re willing to sacrifice- you’re ready to begin the search for your first college apartment.

I highly recommend a site like uCribs.com where I work (woah, what a coincidence) to help the sorting process out. But regardless of what sites you use, there are a few golden rules.

There are some other rules, too- a “cozy” apartment, for example, is a nicer word for “cramped”- but those are all the important ones for a search. Once you’ve gotten yourself into the zone for the search to start, you can follow those five guidelines to success. And, if uCribs.com can help you with that further, we’d be delighted as well.

In the meantime, don’t sign any MUST BUY APARTMENTS!!!! without pictures.

About the Author:
Lev Novak is the Creative Director at uCribs, and a writer in New York city. He’s currently shopping his first novel, Beyond Average, and he thinks Drake, if anything, is under-rated.