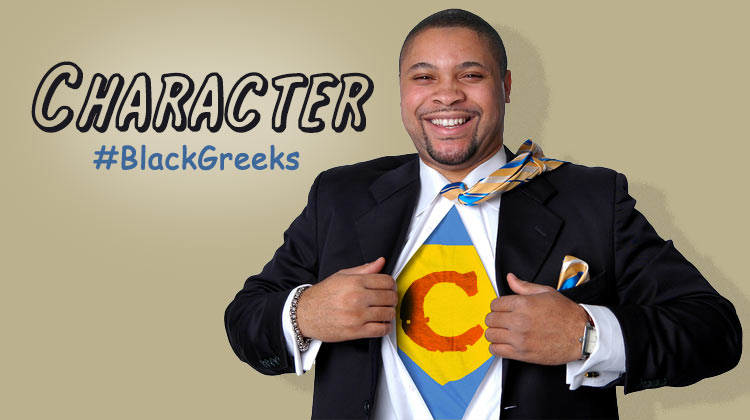 There are few things more important than character regardless of what we do or where we go in life. Greek life demands a high degree of character and it has everything to do with how we connect to our organizations. As I say in “The Black Greek Success Program”, our fraternities and sororities are extensions of our personal values. That begs the question of one’s values.

I also warn my fellow Greeks that all eyes are on us because we call attention to ourselves. We strut like peacocks when we wear our letters, we try to wake the dead with our calls, and we make sure folks see our best moves at parties. With all of the attention that we command, folks pay attention to us as a collective and individually. When they focus on us individually, we have to be aware of how we represent our organizations. That is where character truly counts.

There was an incident that taught me how important it is to have the vocabulary to discuss character. Concerned about how a prospect used his character, a chapter asked my opinion of him. After hearing several of the members’ points of view, I told them that their discomfort with him sounded pretty significant. Months later, I found out that this person had been initiated because of his 3.8 GPA, his service hours and his commitment to church. Unfortunately, the chapter members’ concerns had been validated when their new brother began to publicly trash his chapter brothers, even his line brothers. The chapter fell apart and went dormant for the next few years. The problem was that those who had concerns said he was sneaky but were not able to articulate what made him sneaky.

That said, let’s understand what character is. According to the VIA Institute on Character, a non-profit organization that focuses on character as a means to empower people, “character strengths cannot be boiled down to one trait or a handful of traits…character is plural.” Whereas we traditionally look at character as a singular trait such as morals, VIA has found that character can be multidimensional. In fact, research conducted in the early 2000’s found that every single one of us has character strengths that make us unique. It is up to us, however, to figure out how we will use our character.

In BGSP, I challenge Greeks to either invest in their letters or risk becoming slaves to their letters. In other words, I challenge my fellow Greeks to focus on the strength of their character to uphold the missions and values of their respective organizations. Here is the rub. Focusing on character strengths can be emotionally and mentally work-intensive because it literally takes more energy to focus on positive things. It is easy, on the other hand, to give in to negativity because that doesn’t take half as much work. Therefore, we become slaves to our letters when we go the easy route and allow the reputation of our organizations to do the talking for us. This is when members start to believe they will be granted respect as members rather than earn respect as promoters of missions.

To be honest, maintaining respect in Greek life can be very difficult work. It takes selflessness, humility, integrity, sacrifice, a commitment to academic/career excellence, and self-awareness. It takes true focus on the strengths of one’s character. We wear our letters because our founders and notable members invested heavily in their character. We owe it to them to do the same.