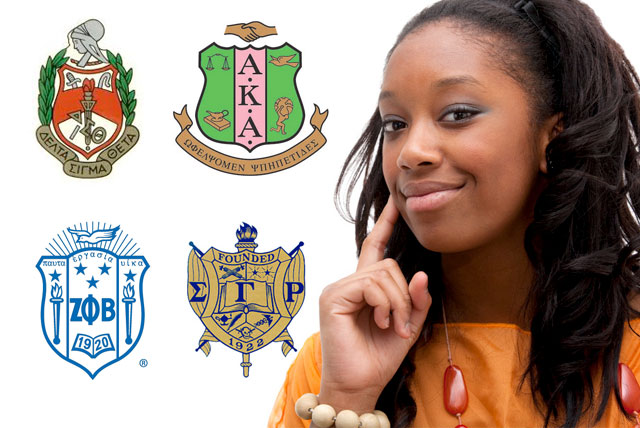 Still, the women of the “Divine Nine,” like their fraternity counterparts, are beginning a new century of service with more than a few challenges. Like the Historically Black Colleges and Universities (HBCUs) on which most of them were founded, these black sororities increasingly face questions about their very relevance. Despite the sometimes prejudiced origins of these questions, black sorority members must be ready, willing, and able to confront these challenges comprehensively and convincingly.

Here are five challenges critical to the persistence of black sororities in 2014:

Please realize that not everyone knows the greatness of black sororities, especially if all they see is line dancing and step shows. As part of your life-long membership you should be willing and able to excitedly share the history of your national organization with your classmates, co-workers, church members and children. You are your sorority’s story. It is a story that grows daily with the actions or inaction of each member. Merely memorizing your Founders’ names in alphabetical order forwards and backwards, while impressive to your prophytes, isn’t remotely enough. Even members of black sororities who aren’t financially active need to find other ways to serve their sorority’s mission until they can be. Know your national officers and programmatic initiatives. Join the service efforts of your local chapter. Stay committed.

I don’t know about you, but as a child my mother always told me: “Charity begins at home and ends abroad.” Perhaps this is why I can’t for the life of me understand why so many collegiate members pride themselves on calling other black sorority members out of their names in public forums such as new initiate presentations and step shows. Collegiate chapter advisors have to do a better job discouraging this increasingly popular misogynistic behavior between black sororities. Not only is it mean-spirited, it’s also self-demeaning and plain old stupid.

Yes, I said it. Your sorority is not a fraternity. While it’s perfectly okay to show the brothers love through shout outs, too many new initiate presentations and step shows have become battlegrounds for proving that your sorority is “hard.” I’m pretty sure being “hard” is not a tenet espoused by any NPHC sorority. And while we’re at it, don’t wear your symbols on the colors of your brothers—unless, of course, you’re a Zeta, which exempts you from this rule. Much love to Omega Steve Harvey, but please refer to your Founders for examples of how to think like a lady—and how to act like one too.

In an age when reality television is anything but real and scripted dramas featuring black women who can’t “have it all” are all the rage, members of  black sororities have endless opportunities to be living, breathing examples of black female achievement. Putting the politics of black respectability aside, there are still girls all over this nation and the world who could benefit from the example of the fictional Clair Huxtable, played by the very real AKA Phylicia Rashād. We need to demand and support positive images of black women during primetime television, and in music too, for that matter.

Stop it. You are not entitled to make someone’s life miserable, or worse, to make them risk their very lives, because someone did it to you. NPHC sorority leaders must recognize that because of the secretive nature of these organizations, despite how many times you say that hazing is wrong, prospective members still think it’s part of the “secret.” Barring prospective members from even a chance of membership for reporting that they have been victims of hazing only contributes to these reckless practices. Pretty much everyone thinks that the national leaders of all black sororities, including the Founders, were hazed, which is completely nonsensical. I challenge leaders of black sororities to publicly debunk these myths. Now, if they allowed themselves to be subjected to hazing, they should admit that were wrong in doing so, and so too is the practice of hazing for that matter.

About Dr. Crystal A. deGregory

A member of Delta Sigma Theta, Sorority, Incorporated, Dr. Crystal A. deGregory is the executive editor of HBCUSTORY.com. She teaches in the history, political science, geography and Africana studies department at Tennessee State University, and she is a co-host of Black Docs, a radio show featuring four African-American trailblazing female doctors from different fields. Follow her on twitter at @HBCUstorian and follow HBCUSTORY, Inc. at @HBCUSTORY.