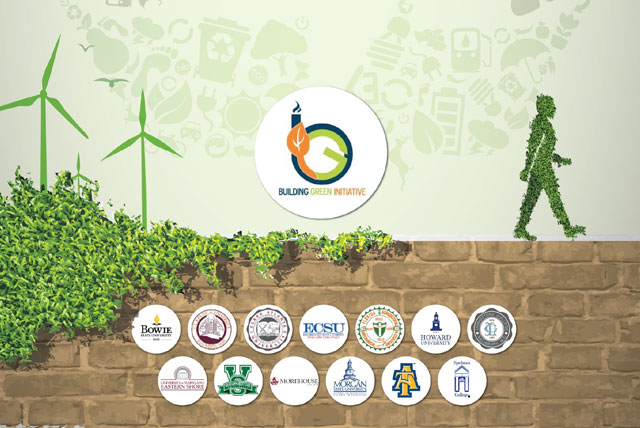 The 2014 HBCU Green Report released on August 11th, 2014 provides clear evidence that there is significant activity underway on historically black colleges and university (HBCU) campuses to promote sustainable living and adopt energy efficient practices despite their absence in major national green surveys. A collaborative project of the Building Green Initiative (BGI) at Clark Atlanta University (CAU) and the North Carolina Institute of Minority Economic Development (NCIMED), the report found hothouses of sustainable innovation at HBCUs across the country.

“It is unfortunate that our HBCUs are not better represented in mainstream reports,” says Dr. Carlton Brown Ed.D., president, Clark Atlanta University. “The HBCU Green Report reveals that HBCUs have embraced environmental stewardship as a core value and are striving to green our campuses, curriculum and communities that we serve.”

Andrea Harris, president, NCIMED adds, “The report clearly demonstrates numerous policies and practices adopted by these institutions that not only will have a significant impact on reducing carbon emissions, lowering greenhouse gases, minimizing water pollution and unnecessary consumption, and dramatically decreasing the flow of solid waste to landfills, but also demonstrates that they get the message that energy efficiency and sustainability can have a significant impact on the bottom line.”

The BGI team noted that they were motivated to produce the HBCU Green Report to dispel the myth that black colleges are not going green that is reinforced when 99% of HBCUs are still absent from influential higher education green survey’s like The Princeton Review’s Guide to 332 Green Colleges which was released earlier in August.

“The HBCU Green Report is our second sustainability survey of minority-serving institutions and the timing could not be better with the recent release of the Green 2.0 Diversity Report ” says Felicia M. Davis, director of the Building Green Initiative at CAU. “Were it not for the HBCU Green Report, it would appear that Chaney University is the only HBCU going green. This flawed impression is a disservice to the entire higher education community, especially for students seeking green campuses.”

Clark Atlanta University, BGI host, has committed to a 20 percent reduction of energy consumption across the campus within five years; doubling campus recycling efforts by 2015; reducing emissions by motivating the University community to walk, bike, carpool or use public transit to get to and from campus; promoting LEED-certified buildings and landscapes; and ensuring that sustainability issues remain an integral part of CAU’s academic curriculum and the CAU experience.