You are here: Home / Parents / College Planning / Why a College Degree is Necessary for Work in a Global Economy

The global economy is rapidly changing. It transforms year to year forcing future career professionals to step back and take notice or remain left behind. Decades ago, job candidates could land decent jobs without a college education since college was geared towards elite professionals such as doctors, lawyers, and scientists. Corporations were lenient during the job selection process because higher education was more of a luxury. 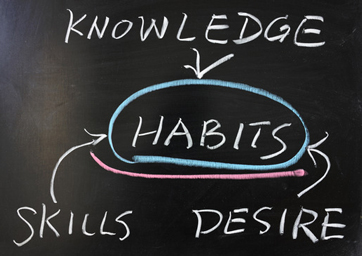 Labor was the main focus of the previous society where muscle and brawn were valuable to the burgeoning manufacturing industry. With the fast-growing technology sector pervading the world and replacing people with computers, workers must understand more complex knowledge-based systems and learn specific skills in order to compete for jobs in this new global economy.

Today’s unsettling global climate is a sharp contrast to the past. With America’s global status and the political climate shifting, the modern-day professional must be able to succeed in a chaotic environment and possess the skills to adapt, learn, and exercise resilience in the face of an ever-changing economy. Colleges and universities that are sensitive to these shifts can prepare students for the future and teach them how to navigate through uncertainty to stay successful and competitive in their career choices.

In an era when knowledge is the key to the future, all students need the scope and depth of learning that will enable them to understand and navigate the dramatic forces—physical, cultural, economic, technological—that directly affect the quality, character, and perils of the world in which they live. (College Learning for the New Global Century, Association of American Colleges and Universities, 2007)

Since large corporations drive the momentum of the global economy, many have tightened their requirements for employment and consider job candidates with higher education an asset. A college degree has become a prerequisite for most jobs, rather than a “desired” requirement. Even in cases when a degree is not required and experience is more of an asset, many corporations in today’s economy will lean towards the candidate with a degree, giving him/her a slight advantage. And because the job market is increasingly competitive, today’s worker must stand out.

According to a 2011 United Stated Department of Labor, Bureau of Labor Statistics survey, workers who had a Bachelor’s degree or higher earned above average full-time wages and salaries. Additionally, the unemployment rate was significantly lower for professionals with a higher education degree than for those with some college or only a high school diploma. The data suggests that in today’s economy, the demand for educated workers is high and the skills needed to compete are taught in higher education institutions.

According to David Autor, M.I.T. economist, “Sending more young Americans to college is not a panacea. Not sending them to college would be a disaster.”

The Tides are Changing

With major economic shifts taking place within the United States and around the globe, today’s student must be prepared to face the uncertainty and make complex decisions that will affect their future and the future of the organizations for which they work. With more accountability and a demand for modern-day skills in this global economy, the workers of the future will tip the success scales in their favor by receiving a college degree and enhancing their personal and mental development.