You are here: Home / List of HBCUs by State / Xavier University of Louisiana Profile 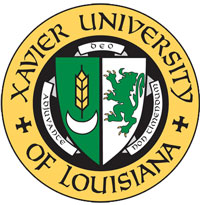 Xavier University of Louisiana (XULA) was founded by St. Katharine Drexel and the Sisters of the Blessed Sacrament in 1925 and is the only historically black, Catholic university in the United States. Xavier’s mission has always been to be a prime institute of learning for the African American Catholic community. In more recent years, however, it has welcomed students regardless of race and creed.

Xavier University has consistently helped African American students enter medical school through its outstanding programs in the physical and biological/life sciences. It ranks among the top three universities in the country in granting African Americans with Pharm.D. degrees.

Watch the XULA Video: Interview with a Living Legend

The Xavier University sits in a 27-acre property. The campus has 24-hour vehicle patrols, well-lit pathways and strict security inside its perimeters.

The university is aggressive in its campaign to welcome more deserving foreign students to encourage diversity inside the campus. It has become a 100% tobacco-free campus on January 1, 2014.

Below is a list of some of the active student organizations at Xavier University.