You are here: Home / List of HBCUs by State / Stillman College 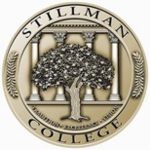 Stillman College is a historically black liberal arts college founded in 1876 and located in the West Tuscaloosa area of Tuscaloosa, Alabama. It’s nickname is the Tigers and Lady Tigers and the University is a member of the Southern Intercollegiate Athletic Conference (SIAC). Their colors are Navy Blue and Vegas Gold and their motto is A Private College with a Public Mission.

Stillman is located in Tuscaloosa, Alabama 52 miles southwest of Birmingham. Tuscaloosa is served by major bus and rail lines; modern shopping and service facilities are accessible in the immediate vicinity of the campus. Downtown Tuscaloosa is within walking distance. The 105-acre campus is noted for its stately magnolias and spacious, well-maintained grounds, and graceful buildings.

Stillman’s average enrollment is 1200 students with more than 75 percent of the student body being from Alabama, Mississippi, Georgia, Florida and Illinois, and just over 1 percent being from foreign countries. Eighty students are enrolled in the Harte Honors College, and experience for the best and brightest thinkers and doers.

Stillman is accredited by the Commission on Colleges of the Southern Association of Colleges and Schools to award the Bachelor of Arts and Bachelor of Science degrees. The Colleges also is approved by the Alabama State Board of Education to offer teacher education programs.
Stillman confers the Bachelor of Arts and the Bachelor of Science degrees. The regular academic program is arranged into two required components—the general education curriculum and the major field curriculum. A student spends roughly two years on each component while matriculating at the College for a bachelor’s degree. The courses of study are grouped into three divisions of instruction that include a total of nine departments.

The Office of Alumni Affairs is the center of alumni work and serves as the liaison between the alumni and Stillman. It maintains records and mails to more than 8,000 alumni several times a year.