You are here: Home / List of HBCUs by State / Morris Brown College: An HBCU Lifestyle Guide 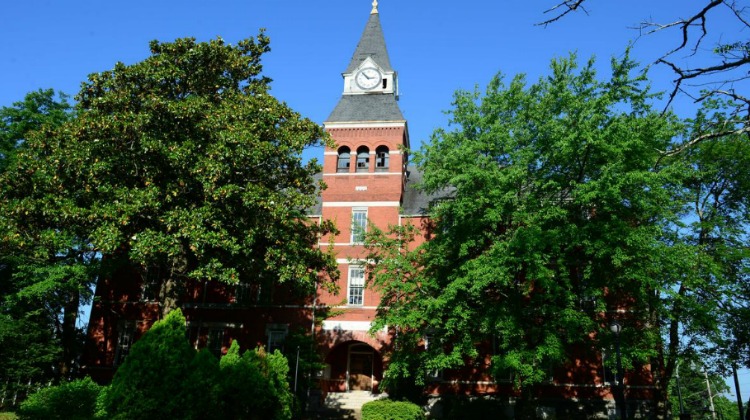 Morris Brown College was founded in 1881, when the African Methodist Episcopal Church decided to open a school for black students after the Civil War. It was the first institution of higher education to be operated by and for African-Americans in Georgia, and over the course of the next century, it became a vehicle for advancement within the African-American community.

Today, Morris Brown College is in the midst of a great transition. Due to financial mismanagement and the loss of its regional accreditation, many fear that this great institution may close its doors for good. Yet after more than a century of excellence, African-American students continue to apply, get accepted to, and study at Morris Brown College, the original standard bearer for Atlanta’s HBCUs.

The Morris Brown College campus is located in the heart of downtown Atlanta, within close proximity of Morehouse College, Spelman College, and Clark Atlanta University. Morris Brown College students can easily travel to HBCUs within the Atlanta University Center Consortium, as well as regional events at the State Farm Arena and Centennial Olympic Park.

The Past: A Legacy Of Service

Morris Brown Colored College was established in 1881 by members of the African Methodist Episcopal Church, with the sole purpose of educating African-American students in the wake of the Civil War. On October 15, 1885, just 20 years after Abraham Lincoln signed the Emancipation Proclamation, 107 students and nine teachers walked into a crude wooden structure at the corner of Boulevard and Houston Streets in Atlanta, GA; it was the beginning of Morris Brown’s proud legacy within the city’s African-American community, where an institution of higher education rose from the ashes of slavery.

The Present: A Turbulent Transition

One hundred and twenty years after its inception, Morris Brown College’s reputation was marred by a financial scandal. The former president of the college, Dolores Cross, and the financial aid director, Parish Singh, were indicted in federal court for misusing federal financial aid that was supposed to be given to their students. As a result, the Southern Association of Colleges and Schools (SACS) revoked the college’s regional accreditation; the United Negro College Fund refused to continue its support; and due to financial troubles, the university closed their NCAA Division I and II athletics programs and discontinued the Marching Wolverines Band.

Cross and Singh pled guilty to the federal charges against them, but the college’s financial problems continued. With millions of dollars in unpaid debt, many applicants wonder if they should enroll in a school that could shut down before they can matriculate.

Yet after two decades of speculation, celebrities, former students, and administrators have fought to make sure that Morris Brown will survive. Although many would like to see Morris Brown College closed (including the students who were defrauded and those who were forced to transfer schools), there are thousands of alumni who attended the school in its prime. Morris Brown’s commitment to transformation, to taking those who were once deemed unworthy and giving them the skills to improve their communities, has shaped countless generations of African-Americans. For the sons and daughters of former slaves and the entrepreneurs, artists, professional athletes, educators, and civil rights activists that followed in their footsteps, Morris Brown was a symbol of hope to those who had been disenfranchised by the American system of higher education. Although enrollment is down, its doors are still open, and for the time being, the school’s legacy is still being shaped.

Hundreds of students apply to Morris Brown College every year, hoping to attain a degree from one of the most well-known HBCUs in Atlanta. Unfortunately, they face two very important hurdles before they can enroll. First, they have to consider the fact that Morris Brown College has lost its regional accreditation; as a result, their degrees may not be accredited — or recognized as valid — by the time that they graduate from the college. Second, they must also come up with alternative methods of financing their degree; without a regional or national accreditation, the U.S. Department of Education will not provide financial aid for Morris Brown College tuition. With the high cost of attendance (and the high cost of matriculation), applicants must weigh the advantages and disadvantages of enrolling in this HBCU carefully. Those who decide to attend Morris Brown College can major in psychology, organizational management and leadership, or music.

In the wake of the school’s financial and legal problems, the Morris Brown College athletics program was discontinued. The Marching Wolverines Band, which had been featured in the hit movie Drumline, was also closed down.

Related Post – Budgeting Tips: How to Save Money and Manage Expenses in College?