You are here: Home / List of HBCUs by State / Benedict College

Benedict College is a historically black, liberal arts college located in Columbia, South Carolina. Founded in 1870 by northern Baptists, it was originally a teachers’ college. It has since expanded into a four-year college. It’s nickname is Tigers and the University is member of the Southern Intercollegiate Athletic Conference. Their colors are Purple and gold and their motto is A Power for Good in Society. 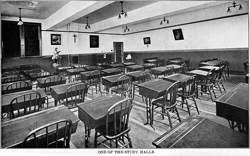 The college is currently implementing a $50 million campus improvement plan, which includes land acquisition and the completion of a comprehensive athletics complex. Campus facilities improvements over the past nine years have included installation of air-conditioning, fire sprinkler systems, and security systems in residence halls; completion of an activities field and community park; renovation of historic Antisdel Chapel, Bacoats and Alumni Halls, and restoration of historic Morgan, Pratt, and Starks Halls, including the Student Leadership Development Center. During this period, new construction has included three residence halls, a parking garage, a campus center/dining hall, an Administration Building, and a Business Development Center. Additionally buildings were acquired to house a fitness center, and the Division of Community Development/Center for Excellence. Three apartment complexes have been purchased for student housing.

Maintaining a liberal arts tradition, Benedict College now offers bachelor degree programs in twenty-nine major areas of study to meet the needs of a complex and technological society at home and worldwide as the 21st century sets new parameters for peoples across the universe.