The final issue of The News Argus has been completed, but five of Argus staffers continued to work and study on another media project in Urbino, Italy with ieiMedia. They were in Urbino June 9-July 7 working as multimedia interns and producing a magazine. This is the first time Winston-Salem State University mass communications majors studied abroad for credit.

Andrew Ciofalo, president of ieiMedia — Institute for Education in International Media — said that the word he would use to describe the internship is “unique.”

He said that it is hard to find similar programs where students do not just sit in a classroom but work on an international project. 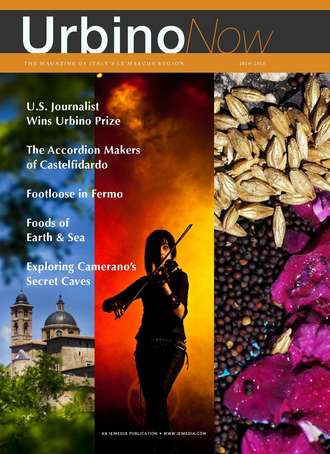 The WSSU students joined about 45 other students participating in the internship, 22 working on the magazine and 28 in the multimedia program. The students also studied the Italian language and learned about the culture and history of Urbino.

Magazine production students were taught international reporting and writing, and the fundamentals of magazine journalism by producing “Urbino Now,” a digital English-language magazine.

In the multimedia courses, the students worked with media professionals to create a webzine.

“Students get a nice weight to add to their resume,” Ciofalo said before the program began.

Ciofalo said the students would be engaged in the program full-time, but their weekends could be used for touring the city.

“If the work is going well, we can schedule things.”

Multimedia students helped media professionals create a webzine. Students also were scheduled to study the Italian language and learn about the culture and history of Urbino.

A Pulitzer-Prize-winning staff in writing, photojournalism and online video were coaches for the internship.

Bianca Pender, a senior from Manson, N.C., said that she is very grateful for the opportunity.

“I’m glad that I will be able to go back to my hometown and talk about my experience studying abroad,” Pender said.

Jordan Holloway, a senior from Durham, said that when the opportunity presented itself, he jumped at it.

“You never know when you are going to get the opportunity to go overseas,” Holloway said. He is the sports editor for the Argus.

Jordan Howse, a senior from Raleigh, said that at first she did not think she would be able to go because she received a job, but she spoke with her supervisor and he allowed her to participate in this rare opportunity. Howse is the editor in chief of the Argus. 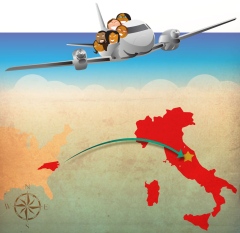 They lived in a University of Urbino dormitory, and shared a room and private bathroom with one other student.

“I’m glad that students are going to get a chance to expand their world view by spending some time in a country
outside of America,” said Philip Jeter, chair of the Mass Communications Department, before the students departed.

Lona Cobb, adviser of the Argus, said that she hopes to involve mass communications students with ieiMedia every summer.

“The global job market is becoming more competitive and it is important for mass comm. majors to take advantage of the benefits of a study abroad program like ieiMedia.”