You are here: Home / Archives for Saint Augustine University 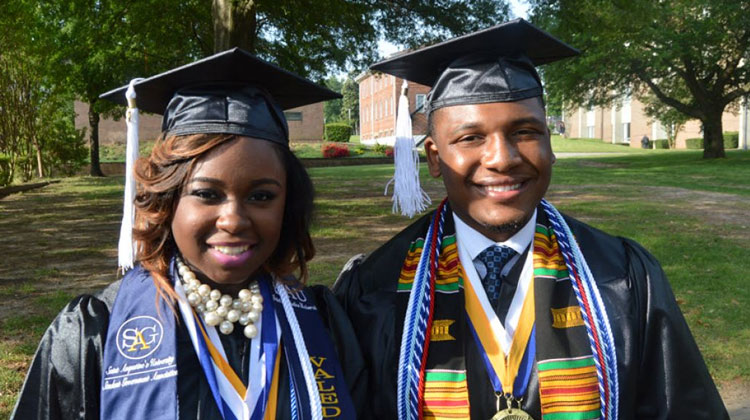 For Saint Augustine’s University graduates Shaquitta Monique Clark and Antwoine Lamont Coleman Jr., it was not a matter of being accepted to law school. Their biggest decisions were which ones to attend. Clark was admitted to 11 law schools. Coleman was admitted to eight law schools. After much deliberation, Clark, a native of District Heights, […]