RALEIGH, N.C. — Shaw University, the South’s oldest historically black college, is reopening to students after its campus was crushed by one of the tornadoes that swept across North Carolina in April and forced an early ending to the school’s academic year.

Incoming students are going through orientation to the downtown Raleigh campus, which suffered damage to 27 buildings, including dormitories and the student center, The News & Observer of Raleigh reported Monday (http://bit.ly/pUPZGY ).

Since the tornado touched down April 16, the wreckage has been removed, all classrooms and dorms are open, windows have been replaced, and the school’s oldest surviving building is a week away from getting a new copper roof. The major remaining adjustment to campus life will be that students will spend about six months in a $560,000 temporary cafeteria built by the Federal Emergency Management Agency. 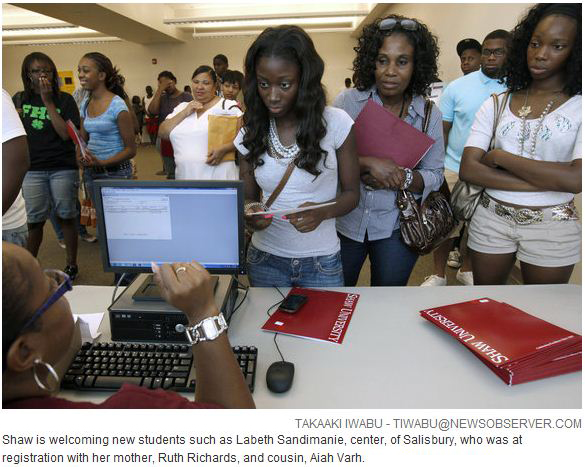 “I expected to see leftover ruin,” student orientation leader Kevin Collins-Nelson said in front of the science building Sunday as he directed freshmen to their dorms. Instead, the men’s dorm boasts new tile, paint, lights and furniture.

“A lot of us looked at it as a godsend, a needed excuse to replace the old,” said Collins-Nelson, a sophomore. “I think that tornado may have put us on the map.”