Arenda L. Wright Allen, a 1985 graduate of the North Carolina Central University School of Law, has been confirmed by the Senate to serve as a U.S. district judge for the Eastern District of Virginia. 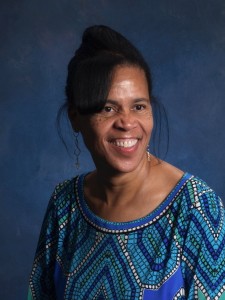 Nominated to the bench by President Barack Obama late last year, Wright Allen was confirmed by the Senate on May 11. She is the first NCCU School of Law graduate to serve on the federal bench.

Before her confirmation, Wright Allen served as a federal public defender in Norfolk and previously worked as an assistant U.S. attorney. Earlier, she worked as both a prosecutor and defense lawyer while serving as a U.S. Navy Judge Advocate General officer.

The appointment was backed by Virginia’s two senators, Jim Webb and Mark Warner. In a statement after the Senate vote, Webb said, “Sen. Warner and I recommended Arenda Wright Allen to serve on the U.S. District Court of the Eastern District of Virginia based on her exceptional qualifications and impressive record in the Norfolk community. She not only received the highest ratings from Virginia’s bar associations, but she has a wide breadth of experience, starting with her service as a JAG officer in the Navy. She is highly regarded for both her prosecutorial and criminal defense work.”

A native of Philadelphia, Wright Allen earned her bachelor’s degree in 1982 from Kutztown University of Pennsylvania.