Mansfield native Marco Holt says participating in one of Oprah Winfrey’s final shows was awe-inspiring. Marco is one of the 300 Oprah scholars who walked the stage, holding a lit candle, saying “thank you” to Winfrey for what she did many years ago for the graduates.

Marco received an Oprah Scholarship, which according to him, helped him complete his education at Morehouse College in Atlanta, Georgia.

Morehouse College is the only all-male historically black institution of higher education in the United States. 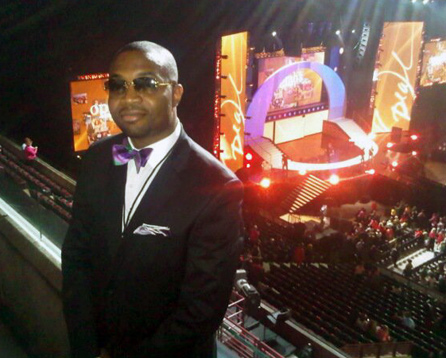 Marco says the experience to be on the show was something he’ll never forget.

After being introduced by Actor/Director Tyler Perry, the men walked on stage to Winfrey’s suprise, while Tony Award Winning Actress Kristen Chenoweth sang the song “For Good” from the musical Wicked in honor of Oprah’s scholarship at Morehouse College. Marco says the opportunity to “thank” her, meant the world to him.