On a recent Friday afternoon, an employee of a university here, passing through the Student Center building, noticed a student he knew sitting in a lounge and called out, “Shalom, Abe.”

The school is Morgan State University, a historically black institution in the northeast corner of the city; the employee is Donald Hill-Eley, a devout Christian and Morgan State’s head football coach for a decade; the student is Abraham Mercado, a place kicker on the MSU football team.

A native of Mexico City who moved with his family to Florida when he was 9, Mercado, a junior, is one of a few hundred white students among 7,700 graduate and undergrad students. And he is possibly the only Jewish student; no one keeps track of the students’ religions. 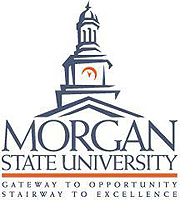 As a lone Jew at school populated mostly by Christians and some Muslims, Mercado is part of a small group that is a phenomenon, albeit a little-noticed one — Jews studying at historically black colleges and universities, known as HBCUs among African-Americans. The schools were formed in the United States, mostly after the Civil War, to educate the freed slaves, who were barred from most universities due to racial restrictions.

Today, there are 105 HBCUs in the country, with a total enrollment of 214,000 students; Jewish students are known to matriculate at several of these institutions, but no one knows how many.

“I can’t even give you an estimate,” says Jeff Rubin, associate vice president for communications at Hillel: The Foundation for Jewish Campus Life, the nearest thing to an expert in the Jewish community on this arcane subject. “A lot of these schools have graduate programs” that often offer lower tuitions and more flexible entrance requirements than other universities, Rubin says, explaining one possible reason Jewish students end up in a decidedly non-Jewish environment.